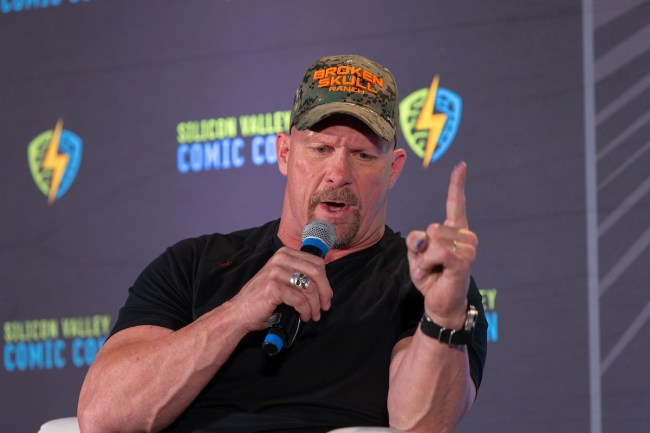 Every time there’s a guest on my podcast – Not About Wrestling – I don’t bother asking about the current wrestling product. I know that most former wrestlers don’t watch enough WWE, AEW, or NXT, or any other company to make comments on current storylines or performers.

But that doesn’t stop other websites, podcasts, and web shows from asking questions about what’s going on in wrestling in 2021.

One recurring question asked ad nauseam is some variation of “who’s the next big star?” Wrestlers will do their best to answer as honestly as possible but typically the replies involve men or women already at or near the top of the card.

This recent interview with “Stone Cold” Steve Austin on Bleacher Report is a little different. Austin was asked about up-and-coming WWE talent and the former WWE champion was quick to mention two names.

What makes Austin’s answer so unique is that both performers are women.

“I haven’t been tuning in a whole lot because I have a whole lot going on in my personal life,” said Austin, “but just from watching the Royal Rumble, I think those last two women—Rhea Ripley and Bianca Belair—I think those two are destined for greatness.

They still need reps, they still need to learn, but those two have the size, presence, looks, ability to be major, major stars, so we’ll see what the future holds for them.”

Austin watched the Royal Rumble – and most likely both the men’s and women’s matches – and the two stars who made the greatest impact in his eyes were Ripley and Belair.