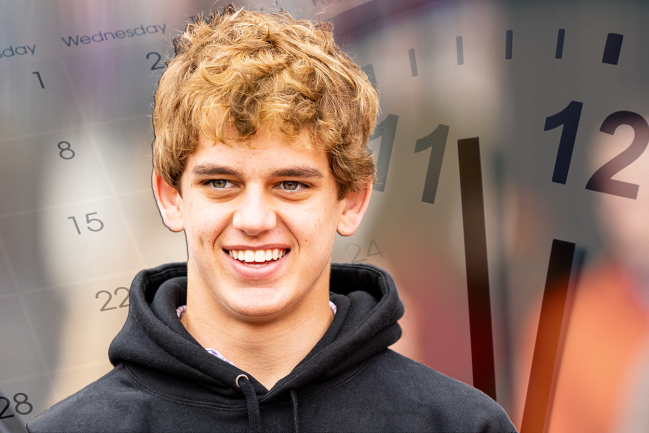 Arch Manning is the biggest name in college football recruiting since, well, probably his uncles. As the grandson of the first family of football, his every move has been documented despite the uncertainty surrounding his recruitment.

As things currently stand, there is no timeline for Manning to announce. Quarterbacks typically like to commit prior to their senior season, which could be the case here, but nobody really knows.

Regardless of when it happens, Texas is making itself very clear that its pursuit of Manning does not intend to waver.

After being offered by nearly every school that thought it stood a fighting chance (and even some that didn’t), the five-star prospect is down to a small list of schools. Florida, Ole Miss, LSU and Virginia are hanging around, but Texas and Georgia appear to be the final two.

Barring an unforeseen change of heart, the Longhorns or the Bulldogs will get Manning’s commitment.

However, there is no telling when that decision will come. And that can make things difficult for college staffs looking to hone-in on their recruiting board.

Lane Kiffin and Ole Miss, for example, generally understand that Manning will not be a Rebel. In turn, they have shifted their focus to other top recruits and landed a commitment from another four-star quarterback.

Texas and Georgia could choose to do the same and move on from Arch Manning.

They could decide that waiting for the nephew of Peyton and Eli is no longer an option and turn their attention to another prospect in the Class of 2023 or even look ahead to 2024. Steve Sarkisian wants to be very clear that is not what he nor his staff will be doing.

Texas is in it for the longhaul.

Sark on when he might decide to move on to the next option recruiting a QB: “I didn’t panic last year with the linemen, I won’t panic this year with the quarterback, or any year for that matter.” #HookEm