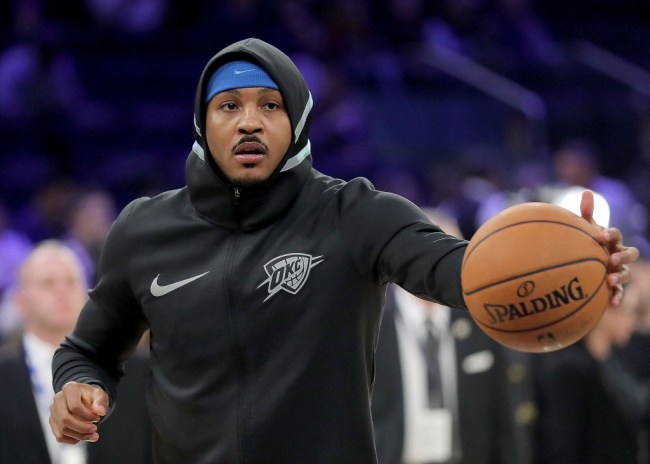 Carmelo Anthony has been in the NBA for 15 years and despite divine offensive abilities, his leadership abilities and desire to get it done on both ends of the floor have been perpetually called into question. Paul Pierce claimed Anthony was the toughest player to defend in his two decade long career, citing his combination of physicality and world-class shooting touch.

But year after year, it always feels like the teams of the 10-time All-Star underachieve. In Melo’s first year with the OKC Thunder, he averaged career lows in virtually every category, with his 16.2 ppg marking the first time in his career he hadn’t averaged 20+ ppg and his 40.4 percent shooting from the floor was a career worst.

If I were to tell you before the season that a team with Russell Westbrook, Paul George, and Carmelo Anthony would lose handily to a Utah Jazz team led by a rookie, well, I actually may have believed it. This season proved that the Melo experiment in OKC was a whopping failure, and OKC big man Steven Adams reinforced that on social media.

On a post asking which player is more valuable to the Thunder, Adams liked one comment that indicated Melo was the weak link:

Welp Steven Adams just made it super clear how he feels about Melo 😳 pic.twitter.com/jqrj6Yr4l9 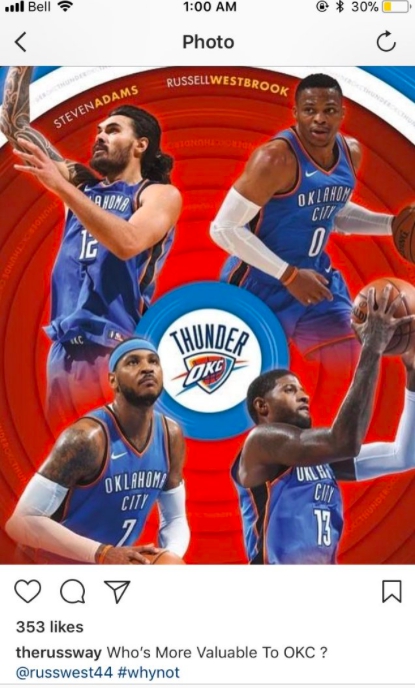 Melo has a $27.9 million player option for 2018-19 that is keeping a stranglehold around OKC’s neck and preventing them from signing a star that may be a better fit.

Maybe Adams is just being the necessary catalyst.