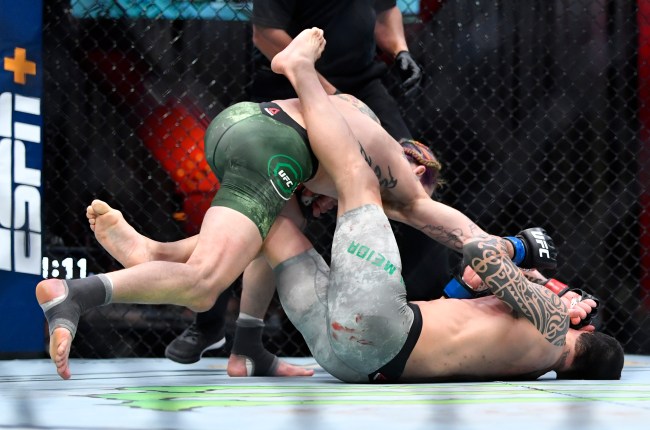 Sugar Sean O’Malley is not only one of the most colorful characters in the UFC but he’s also one of MMA’s most exciting strikers.

Before his fight at UFC 260, the cocky UFC bantamweight contender showed off his new Marijuana leaf hairdo on Instagram.

O’Malley got off to a quick start nearly knocked out Thomas Almeida in the first round but walked away too early before finishing him off.

O'MALLEY THOUGHT HE HAD THE WALK-OFF KO 😱 @espnmma

O’Malley went on to knock down Almeida again in the third round but this time he dropped a bomb on his opponent’s head for the KO.