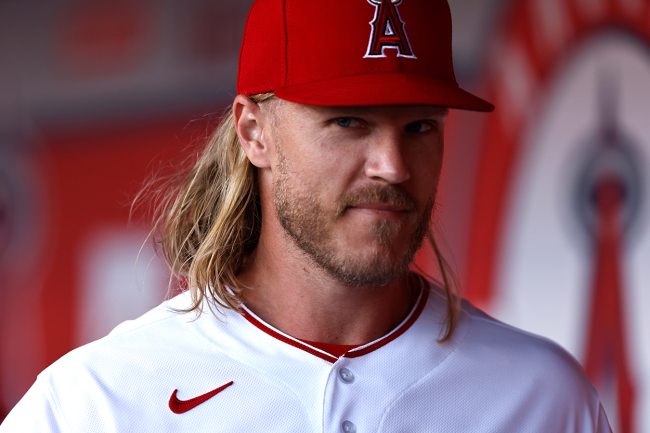 During a 12-0 blowout win over Tampa Bay, Detmers recorded the no-hitter in 108 pitches with two strikeouts and a single walk. The 22-year-old rookie had never thrown more than six innings in a game before Tuesday, but now he is in the history books.

Detemers now holds the 10th individual no-hitter in franchise history, and the first since the team’s combined no-hitter on July 12, 2019. It is the second no-hitter of 2022 after five Mets pitchers combined to keep the Phillies from getting a hit in April.

Following the feat on Tuesday, Syndergaard took to Instagram to congratulate his Los Angeles pitching counterpart.

In doing so, he also took a shot at New York, which also happens to be his former team.

After spending the first seven years of his career with the Mets, Syndergaard chose to disregard their tender to sign with the Angels during the offseason. He wanted to make it clear that his former team’s combined no-hitter was lame. 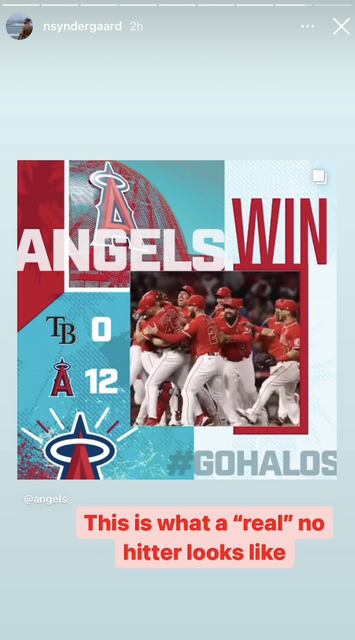 Now, Syndergaard is obviously just riling up his old squad’s fanbase— and it worked (my friends who are Mets fans were fuming at the IG story). But it’s not the best of looks.

Without Syndergaard this season, New York is cooking. Los Angeles is only a half of a game back from the Mets, but there was no need to be salty.

Through five starts, the man they call ‘Thor’ sports a 2.45 ERA with 21 strikeouts. Wouldn’t it be fun if he had to throw against the Mets in the World Series?