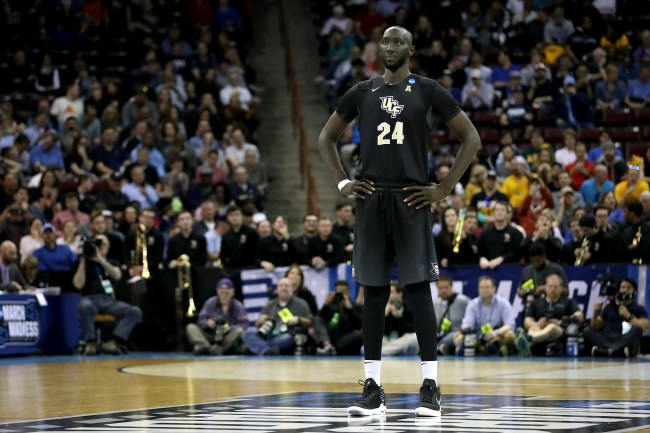 People are in awe of how ridiculously large &^6 UFC center Tacko Fqall is.

On Thursday, this picture of Tacko standing next to CBS’ Tracy Wolfson went viral because of how absurd it was.

24 hours haven’t passed since the Wolfon picture made the rounds and Tacko has gone viral again.

During UCF’s first-round game against VCU on Friday, Fall found himself standing up on his knees next to VCU guard Marcus Evans, who is 6-foot-2. Fall incredily looked as tall as Evans despite being on his knees .

Tacko Fall on his KNEES is taller than normal human beings pic.twitter.com/QFAWesRkVA

Here’s video of the picture in question.