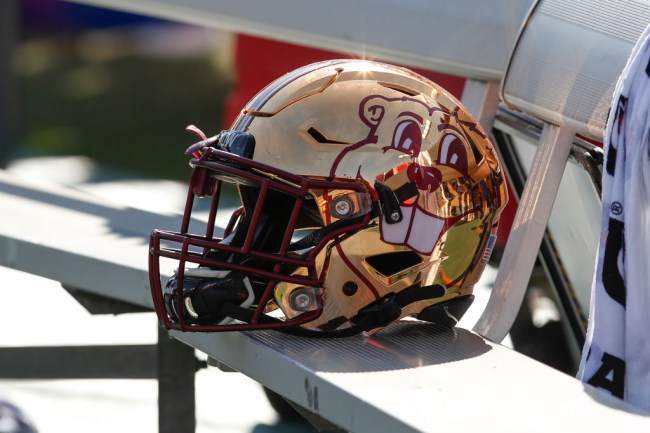 If you’ve ever been in a Target you’ve definitely noticed the sports apparel, which never looks quite right. While the piece of clothing will have the official logo of the team on it, something seemingly always seems off. Maybe it’s the font or off-centered placement of something, but in this particular instance, it was just flat-out the wrong word printed on a onesie.

Kileigh Carpenter, while shopping at a Minneapolis Target, came across some onesies with ‘Minnesota Badgers’ printed on the front of them just above Minnesota’s ‘M’ logo. For those not keeping up here, Minnesota is the Golden Gophers, while Wisconsin is the Badgers.

Nothing like getting two mascots of Big Ten schools in the middle of Big Ten country mixed up, especially from a company based in Minnesota.

Color us red,” Target said in a statement that leaned on the shade that the retail giant shares with the Badgers and is known to reveal embarrassment according to The Star Tribune. “As a Minnesota-based company, we know we are home to the Gophers. We’ve worked with our vendor to remove this item and apologize to any sports fans who might have been left scratching their head.”

Target added Tuesday that two of the onesies were purchased in the less than 24 hours that they were available in four Twin Cities stores a few days ago. The remaining 22 went back to the vendor.

Whoever was lucky enough to buy those two onesies are going to have the coolest babies in Minneapolis, that’s for sure. They got their hands on a collector’s item that should be passed down to each generation, at least for a nice gag.