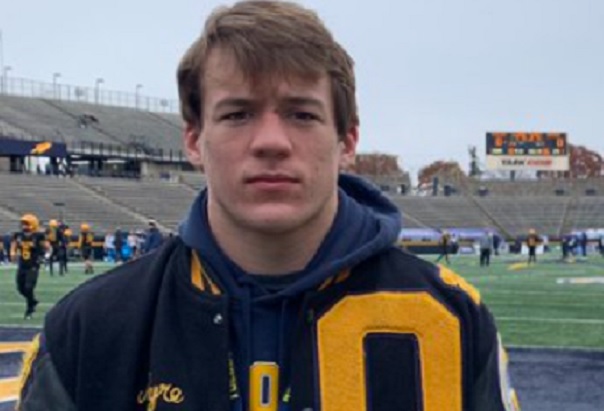 Tate Myre sacrificed his life trying to save others, and people in his community want to honor him for his heroic act.

According to reports, Myre, a star running back for the Oxford Wildcats football team, was tragically killed trying to disarm a 15-year-old student who began shooting at his classmates.

It is with great grief that one of the victims of the tragic event at OHS today was one of our own, Tate Myre. Tate was on varsity since his freshman year and was an honor student. Tate was a great young man with a bright future and beloved by all. You will be missed, Tate 💙💛 pic.twitter.com/AKJCH1UWBG

Days before the shooting, Myre was on a recruiting trip to Toledo and posted about his experience online.

Tate Myre was 1 of the 3 students killed yesterday at Oxford High School in Michigan and was shot while trying to disarm the shooter.

A star running back and linebacker on the football team, this was him 4 days ago on a recruiting trip to Toledo.

On Wednesday, Myre’s classmates started an online petition to change the name of the school’s stadium in his honor. Over 70,000 people have already signed the petition.

A petition is circulating to rename Oxford High School's football stadium after Tate Myre, who was killed in Tuesday's shooting after he reportedly rushed the shooter allowing more time for others to seek safety.

On Tuesday 11/30, at around 1pm there was an active shooter in Oxford High School who killed 3 people and injured many more one of the students was killed in an attempt to disarm the shooter, this student is Tate Myre, Tate is not just a hero to his fellow students at Oxford high school but a legend, his act of bravery should be remembered forever and passed down through generations, he put his life in danger to try and help the thousands of other students at Oxford High School