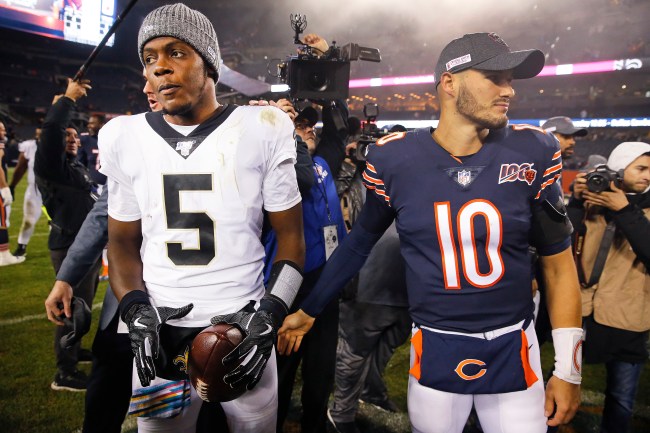 Mitch Trubisky’s time as the starting QB in Chicago appears to be coming to an end.

According to a report by Pro Football Talk, the Bears are currently in talks with Teddy Bridgewater on a deal that would make him the starting QB of the team next season.

Per a source with knowledge of the situation, talks are underway between the Bears and Saints quarterback Teddy Bridgewater.

The initial numbers floating around (something in the range of $21 million per year) suggest that Bridgewater would be installed as the No. 1 option in Chicago. And that would be a great deal for a guy who has started six games since January 2016.

It is worth noting that the Bears still have not locked up Bridgewater and that other teams could try to outbid them during free agency.

#Bears are working to make a deal happen with Teddy Bridgewater. #Bucs have also expressed interest.

Tom Brady could play a role in it all. If Brady goes to #Chargers or stays with #Patriots, Tampa might emerge as frontrunner for Bridgewater.

Bridgewater would definitely be an upgrade over Trubisky, who has struggled during his tenure with team after being drafted #2 overall in 2017.