Tennessee Fans Are Furious About The NCAA’s New, Relaxed Policies On Marijuana Testing 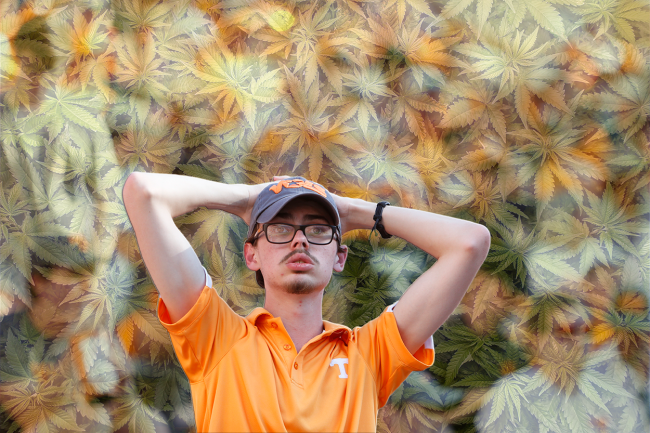 The NCAA made a big move in regard to its policy on marijuana over the weekend. University of Tennessee fans are furious.

On Friday afternoon, the National Collegiate Athletic Association raised its testing threshold for marijuana and recommended reduced penalties for positive tests. The new guidelines are in line with the THC threshold levels established by the World Anti-Doping Agency and raised the threshold by more than four times the amount.

The threshold-level change is effective immediately and will be implemented retroactively to drug tests taken since fall of 2021.

In addition, the NCAA recommended a new penalty structure for positive tests.

Previously, an athlete who tested positive for cannabinoids would be ineligible for half of a season. He or she would remain ineligible until the end of the suspension and until the athlete tested negative.

Here is the new proposal:

Marijuana is legal in some form — whether medical, recreational, or both — in the majority of United States states. In addition, a recent survey from the Pew Research Center, conducted in April 2021, found that only eight percent of U.S. adults believe that marijuana should not be legal.

The NCAA’s new policy changes reflect both the legalization and destigmatization.

“Reconsidering the NCAA approach to cannabis testing and management is consistent with feedback from membership on how to better support and educate student-athletes in a society with rapidly evolving public health and cultural views regarding cannabis use,” NCAA Chief Medical Officer Dr. Brian Hainline said in a statement. He also said that cannabis is “not considered a performance-enhancing substance.”

However, University of Tennessee fans are not happy about the change.

Apparently there are folks in Knoxville who are part of the significant minority against marijuana. They recently took to the message boards and made it very clear that they are against the soon-to-be potheads that are set to get away with their weed smoking under the NCAA’s new policy.

The NCAA announced it was raising its allowable THC limits in its mandatory drug-testing program, #Tennessee fans react: pic.twitter.com/1PHudfpVxH