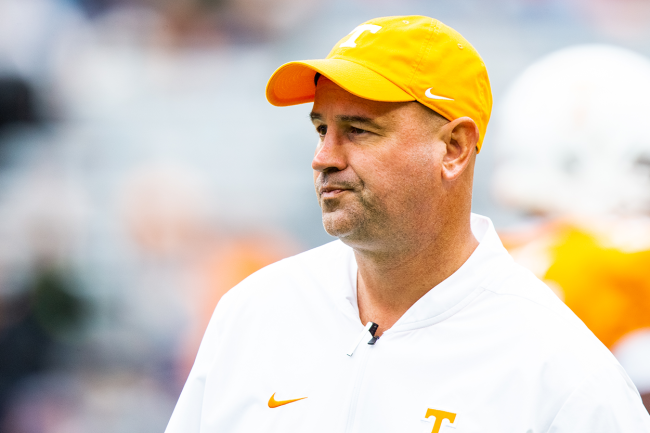 The University of Tennessee football program should be in big trouble, based on the recent history of NCAA violations within the SEC. Allegations against the Volunteers and the amount of illegal money distributed to recruits is significantly more than another SEC program that received the modern day ‘death penalty.’

Back in 2017, the University of Mississippi received a Notice of Allegations from the NCAA that included 21 football-related charges, with eight of them being classified as Level I— the worst level of NCAA violation. In turn, the program vacated 33 wins over six seasons, and served a two-year postseason ban. It also spent three years on probation and received scholarship reductions and recruiting restrictions.

Tennessee, which had its NOA go public on Friday, is being accused of 18 NCAA violations. The Volunteers allegedly paid out $60,000 in cash or gifts.

Tennessee’s total alleged payments are nearly double that of Ole Miss. And to make matters worse, former head coach Jeremy Pruitt and his wife are directly involved with those payments.

Pruitt and his staff allegedly hosted at least six recruits and their families on nine unofficial visits during the year-long COVID-19 dead period. They allegedly provided them with transportation, lodging, meals, household goods and furniture that totaled $12,000. Coaches also reportedly gave out stacks of cash inside of McDonald’s bags.

In addition, Pruitt’s wife Casey is accused of making cash payments that total at least $13,000 to recruits and their families. Freeze’s wife was not mentioned in Ole Miss’ NOA.

To find more details on the Tennessee NOA, you can read it here. Sports Illustrated’s Ross Dellenger also did a great job of breaking them down.

However, let’s take a look at everything based strictly off of the totals.

The Rebels received a two-year bowl ban, significant fines, three years of probation and recruiting and scholarship restrictions. It was virtually the modern day death penalty. The NCAA could not have come down any harder.

The Volunteers have yet to receive their punishment. But it’s coming.

Based off of Ole Miss’ recent punishment, shouldn’t Tennessee’s be of equal or greater significance? Should the NCAA not come down just as hard or harder?

Knowing the NCAA, it will likely ease up on Tennessee. But why?