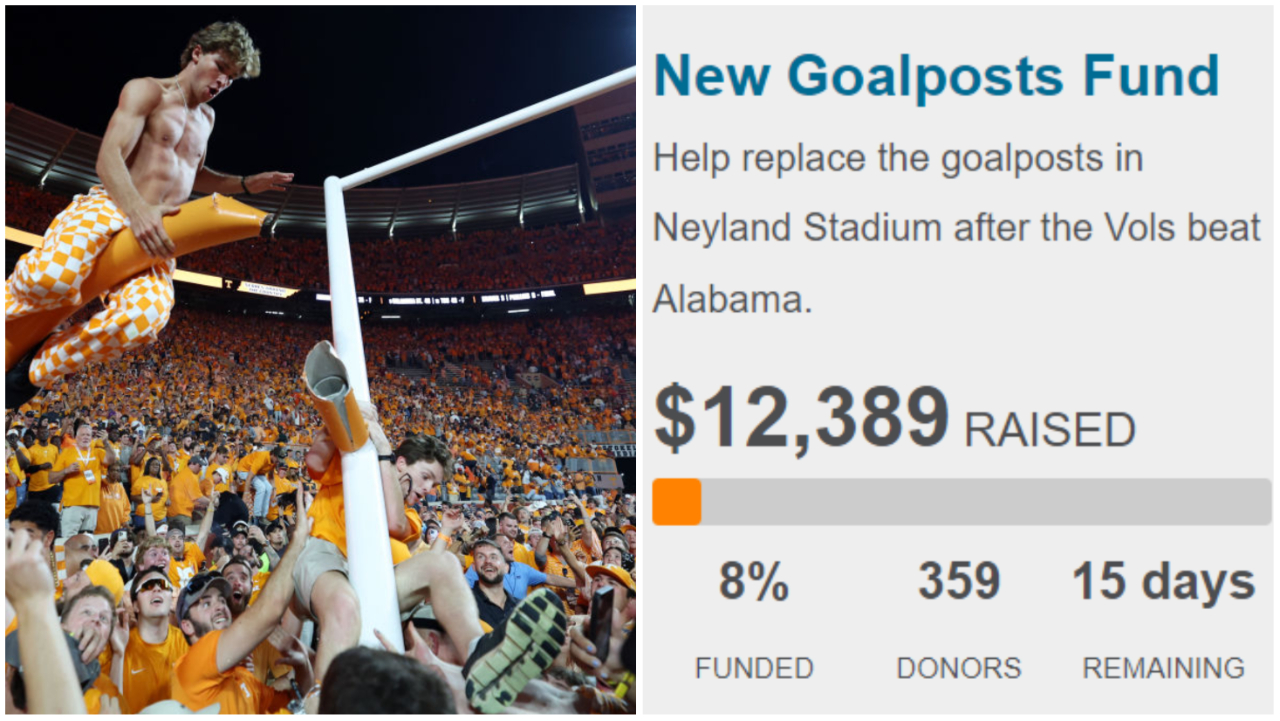 The Tennessee Volunteers are asking for money to buy new goalposts.

On Saturday, Tennessee Fans tore down the goalposts at Neyland Stadium after beating Alabama and ended up tossing them into the Tennessee River.

AND DOWN COME THE GOAL POSTS. pic.twitter.com/rvqD95itt9

The goalpost is being escorted out of the stadium pic.twitter.com/F2m2HMPogO

The goal post has been thrown in the river pic.twitter.com/uOcTM7kDOT

Apparently, those goalposts are super expensive and the Volunteers have started a fundraiser asking for help to buy new goalposts.

Y'all remember how we tore the goalposts down, hauled em out of Neyland and dumped em in the Tennessee River?

Yeah that was awesome.

Anywho, turns out that in order to play next week's game, we need goalposts on our field. Could y'all help us out? 🙏 https://t.co/NSMoL3SzPX

Fans didn’t think it was a good look for the school to ask fans for more money considering how much money the Vols likely made on Saturday.

Not y’all crying broke on the timeline, bruh https://t.co/zr735mGWWS pic.twitter.com/1SaXxp6snb

Not only is it ridiculous that a university with a billion dollar endowment is crowdfunding.

Then @Vol_Football is saying they need $172,000 for new goalposts. https://t.co/COJTI82CFf pic.twitter.com/suFRQ9xfSO