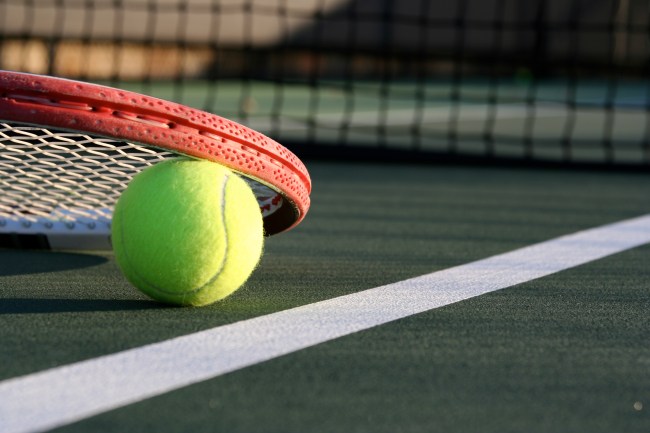 After losing a point and becoming frustrated, Michael Mmoh threw his racket against the padded wall. The racket then rebounded and struck a line judge who was left injured on the ground for longer than anyone would’ve liked to see.

The ATP Challenger Tour is basically the next step below the top tour, it’s the peak of the minor leagues in professional tennis, so they had cameras on-hand with announcers calling the event and this is where things get pretty strange.

As you can hear in this footage of the incident, the announcers call out “it’s happened again.” What they’re referring to is five years ago when Michael Mmoh’s opponent in this match, Darian King, did the exact same thing and threw his racket against the wall which rebounded and hit a line judge who was then injured. Here’s the recent incident:

Aaaaaaand here’s his opponent Darian King doing this exact same thing five years ago in the same tournament. He was also disqualified from the Charlottesville for that tourney:

As stated on Hot Clicks, if I’m a line judge then I’m probably not going to jump at the opportunity to work that event in the future. Judges are dropping like flies out there. And Darian King might have some bad luck surrounding him as this was the second time he was on the court for one of these incidents.

Michael Mmoh has already earned over $657,000 in his career as a professional tennis player and won three ITF Futures tour titles before turning 18-years-old. He’s currently ranked #196 in the world, falling from his highest ranking of #96 back on October 1, 2018.