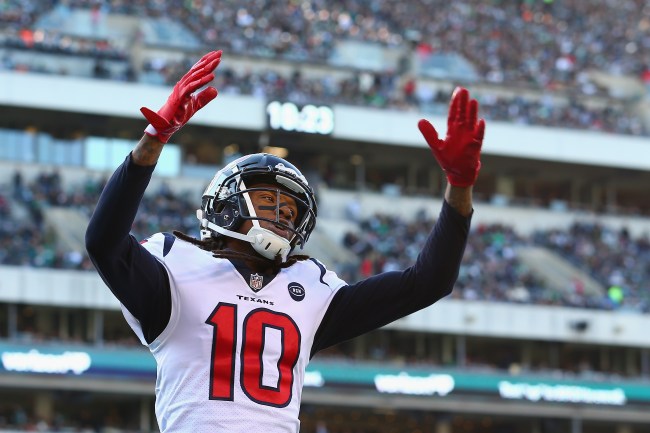 Early this morning the Texans wide receiver had his Instagram hacked had had all of the photos of his friends and family, replaced by photos of a woman named Kardelen Toprak who appears to be a Turkish Instagram model.

What woke me up at 2am… #Hacked pic.twitter.com/JJiNwI8FVG

The hacker not only posted photos of a lady but also began posting bizarre videos.

DeAndre Hopkins getting his Instagram account hacked is hilariously bizarre and all, but I am so confused by this bee story that the hacker posted. pic.twitter.com/JZwkL9GW02

Lmao 😂 I was about to say.. pic.twitter.com/OK5JEBi8sK

Ig hacked. Be back up soon