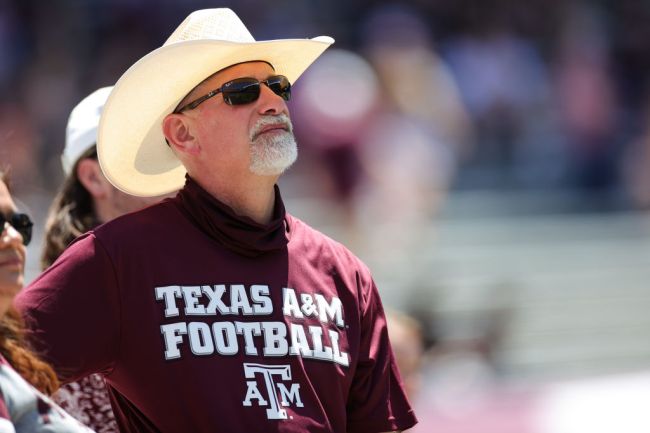 College football fans are the best. In no other sport will you find a fan base trying to submit a Freedom of Information Act request over a potentially missed call.

That is the case with one Texas A&M fan.

Late in the game, the Aggies threw an interception that swung the momentum away from the seventh-ranked team in the country. The Hogs took advantage of the short field and added three points on the proceeding drive to create a 10-point lead that held through the final whistle.

HE LAID OUT FOR IT

Montaric Brown with a clutch INT for @razorbackFB pic.twitter.com/sAKg1XcVMB

The officials gathered after the play and had a conversation amongst themselves. Nothing ended up coming of the discussion and the game continued without interruption.

While it is unclear as to what the discourse was about, “trueaggie2782” wants to know. He believes that the referees might have been debating a blown call that screwed Texas A&M.

The Aggie fan is looking to file an FOIA to find out what was said and solve the mystery.

#TexasAM fan wants to file a Freedom of Information Act request to find out why they got screwed. #GigEm pic.twitter.com/jYbdNShwRp

Per U.S. Law, the Freedom of Information Act (FOIA) “provides public access to all federal agency records except for those records that are protected.” Essentially, FOIA gives a person the right to request access to government records.

A conversation amongst referees is not something that falls under FOIA jurisdiction. It probably wasn’t recorded anyway.

The fan is referring to a vicious hit on running back Isaiah Spiller. Watch the Arkansas linebacker LEVEL him around the 36-yard-line:

Trueaggie2782 believes that there should have been targeting on the play. He thinks that the ref may have been discussing the call and chose not to throw the flag, and he wants to know why.

Should the A&M fan choose to file the request, some poor government employee will have to take time out of his day to explain why a conversation amongst officials does not fall under the Freedom of Information Act, which is objectively hilarious. Only college football.