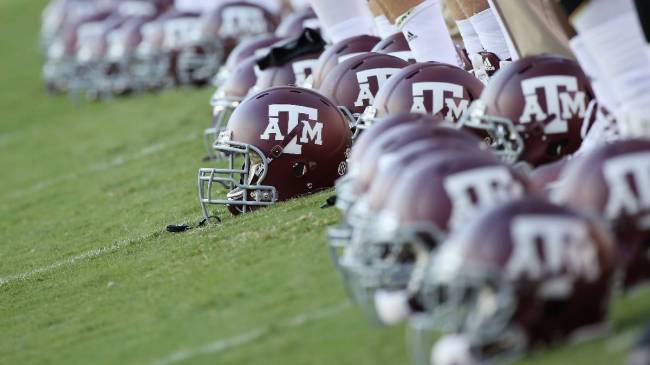 NIL deals have completely modified the college football landscape and that’s especially true for the Texas A&M Aggies. A recent report indicates the players have reeled in the dough this season, as the Aggies have brought in some talented recruits for every sport.

According to On3, athletes at Texas A&M have acquired more than $4 million ($4,173,656.82 to be exact). However, “the football team led the way with more than $3.3 million in NIL deals.” That’s a ton of money as the Aggies players clearly took advantage of the new rules put in place by the NCAA.

Thanks to these rules, Texas A&M was able to acquire some of the top talent to improve its football team, per On3. The football team brought in three of the top 10 recruits in defensive linemen Walter Nolen and Shemar Stewart and wide receiver Evan Stewart.” The future is bright for this squad as they gear up to be a powerhouse for the long haul.

After seeing how much money these players were able to acquire, perhaps other sports programs will follow suit. There have been coaches, such as Nick Saban, to criticize the NIL deals. Even so, the college football landscape, and other sports for that matter, are ever-changing because of it.

It’s time for everyone to jump on board and adapt to it. Luckily for Texas A&M, the school made sure to get ahead while it could. Hopefully, it pays off with some big bowl wins.