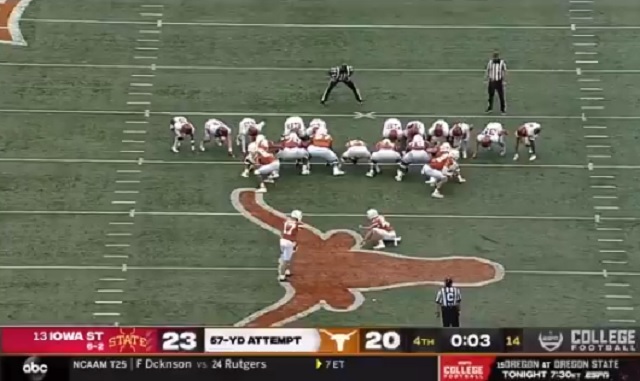 Things got a bit awkward during the Texas Longhorns loss against Iowa State.

At the end of the game the Longhorns drove down the field to attempt a 57-yard game-tying field goal. Unfortunately kicker Eric Dicker missed the kick and for whatever reason Texas’s celebratory cannons went off as fans were seen being sad about the team’s loss.

Did Texas just shoot off fireworks on a missed field goal

While Texas hasn’t been officially been eliminated from the Big 12 race after their loss to Iowa State, they’re fighting an uphill battle and would need a lot of help to get into the title game.