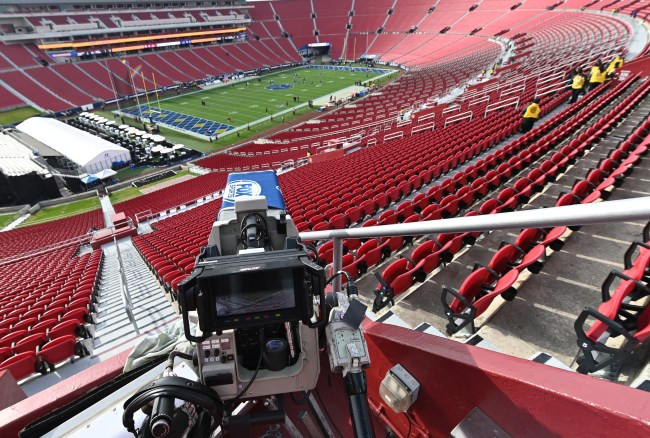 On Monday afternoon both governors of Texas and California have laid out their plans to allow pro sports to take place in their states in June.

Governor Gregg Abbot of Texas announced all sports will be able to take place without spectators in place on May 31st.

Here is Texas Governor Greg Abbott announcing the return of of youth sports camps, little league and pro sports on May 31, 2020 pic.twitter.com/MEopcbhl2l

Governor Gavin Newsom of California said he plans to allow sports to take place in the state in the first week of June.

Gavin Newsom at his presser this afternoon: "Sporting events, pro sports, in that first week or so of June — without spectators and (with) modifications and very prescriptive conditions — can also begin to move forward." Warriors have anticipated a June 1 reopening of facility.

Now that two of the biggest states in the country have announced they’re going to allow pro sports to be played it’s only a matter of time until the sports leagues start coming back.