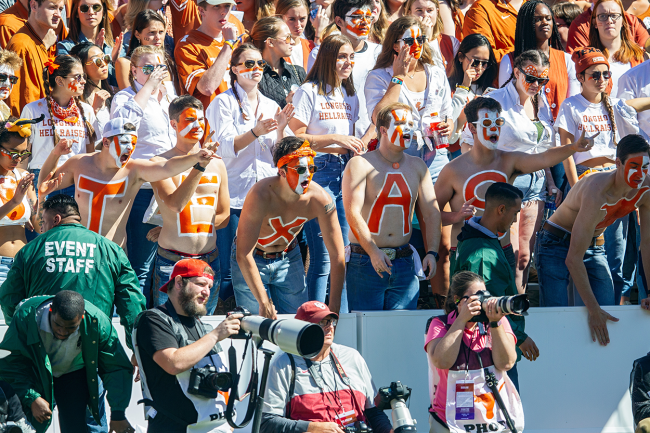 University of Texas football is officially not back. Again.

The Longhorns hosted Kansas on Saturday night and proceeded to lose to one of the worst teams on the FBS level. Entering the game, the visitors had won one game against South Dakota by three points.

However, the Jayhawks had held tough against Oklahoma in late October, so there were some signs of life. They flourished in Austin.

Kansas jumped out to a 14-0 lead after the first quarter and a 35-14 lead at halftime. Despite the slow start, Texas’ offense was able to make it a game.

The Longhorns defense, on the other hand, did not do the offense any favors. After mounting a comeback, the game went to overtime tied at 49.

Texas scored first, but Kansas answered and decided to go for two. On the conversion attempt, former walk-on fullback/tight end Jared Casey slipped under coverage and hauled in the game-winning catch.

Prior to Saturday, Casey had not played a single snap for the Jayhawks. What a special moment.

After Kansas won its first game in Austin, ever, Texas fans were extremely upset, naturally. The Longhorns are still two wins away from bowl eligibility in their first year with Steve Sarkisian as the head coach.

Although the frustration was spread across the program, the vast majority of the anger was directed toward the defense. The Jayhawks had not scored more than 35 points on the season and hung 57 on the road. 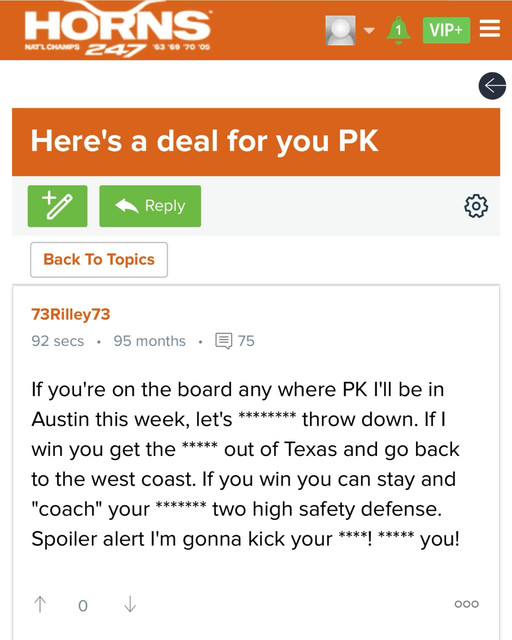 While we have no idea what Rilley looks like, or if he (or she) is any threat, but it sure sounds like Kwiatkowski might not want to cross his path— on the internet. Rilley is very #MadOnline but there is slim chance he would ever backup his threat in person. Texas fans gonna Texas fan.