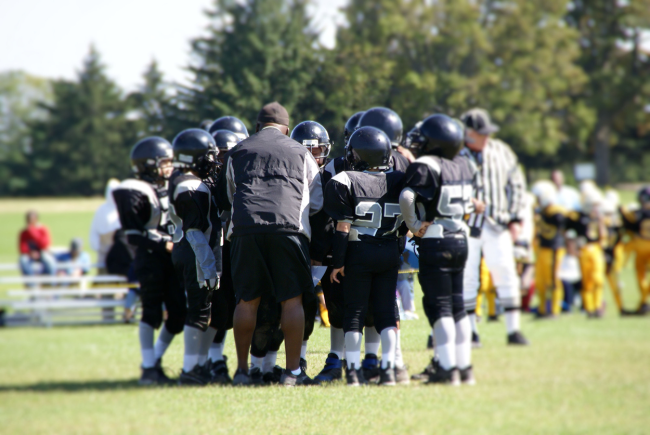 The Flower Mound Rebels are too good for the playoffs. Not because they hold themselves above other teams, but because they’ve been banned.

The Rebels, from a town located northwest of Dallas and northeast of Fort Worth, are a youth football team in Texas that is made up of children between the ages of seven and eight. They are the top team in their youth football association and have not lost a game all season, outscoring opponents 199-6.

Now, they have been removed from the playoffs because they are “too good.”

The decision comes with interesting timing.

Keller Youth Association Vice President Rhett Taylor coaches a nearby team that recently lost to Flower Mound 33-0. He was a big factor into the decision.

Taylor says that the team plays too well to continue to face the current competition in his league. His comments come not long after getting mollywhopped.

Taylor also added that it would be a “problem” if the Rebels were allowed to continue their playoff run and went on to play in the finals. He said that parents of other teams would cause said “problem.”

In response, Flower Mound coach Ragan Montero called Taylor a sore loser and accused him of “changing the rules so it benefits him.” Reminder: this comes after Montero’s team beat the brakes off of Taylor’s.

The Rebels joined the Keller Youth league last year during the pandemic. This is only their second full season and they are being banned from the playoffs.

Eight-year-old Flower Mound center Greyson Tanner told NBC that the decision to remove his team from the playoffs made him “very sad.”

“I feel like we deserve to play in the playoffs,” he said.

After scoring 199 points, allowing only six, and going undefeated, Tanner’s team absolutely deserves to play in the playoffs. And yet, Taylor says no.