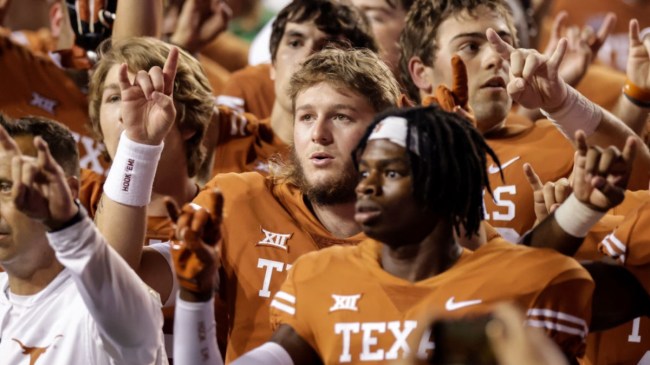 This is a big week for the University of Texas’ football program. With a new quarterback leading the squad, the Longhorns put together a dominant Week 1 victory.

In Week 2, Texas follows up its 52-10 win over Louisiana-Monroe with a much tougher test. This week, the Longhorns get to welcome the Alabama Crimson Tide to the Long Star State. The Tide had a strong first week of their own, beating Utah State 55-0.

Alabama is a tough test for anybody in the nation under any circumstances, but giving them a bit of added motivation makes them particularly difficult to compete with. Unfortunately for Texas, that seems to be exactly what they’ve been doing lately.

First, there was this video of the Longhorn band singing “we’re gonna beat the hell out of Bama.”

The Texas band is already fired up for Bama. 😬 pic.twitter.com/QoECnsts9b

Now a report has surfaced that there are some issues with the Bama band and the University of Texas. It has been reported that the Alabama band won’t be traveling to Austin for this weekend’s game because of the seating Texas wanted to provide them with.

UPDATE: A former member of the Million Dollar Band has confirmed that the band will not be traveling to Austin, TX because of the proposed seating arrangements and limited number of seats.

Here’s a picture of the TCU band sitting where they wanted the MDB to sit. pic.twitter.com/DNLglIj0HO

Things like this may seem insignificant, but don’t be surprised if they lead to Alabama running up the score on the Longhorns. Nick Saban has never been a particularly merciful and he’ll take any opportunity he can get to put his team’s strength on display for a national audience.