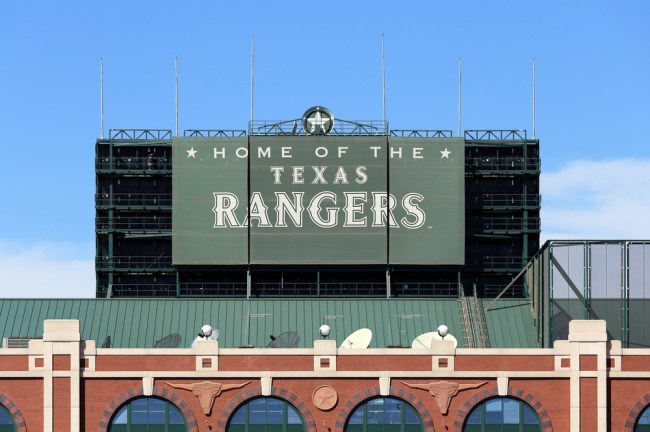 Over the years, baseball teams which feature a signature ‘Ballpark Food’ item have been engaging in a perpetual war of oneupmanship. Some MLB ballparks sit on the sidelines and offer dishes which fit with the local cuisine, like Cincinnati’s Goetta hotdogs or the Mex Taco Dog from the Miami Marlins.

These are unusual food items but they’re not so striking that you see them and think ‘holy shit, who would ever eat that?’ or ‘If I eat that there’s a 66% chance I have a heart attack before the 7th Inning Stretch’. Some examples of these outrageous ballpark food items include the Burgerizza in Atlanta or the Peanut Butter Pretzel Coated Thick Cut Bacon On A Stick which can be found at Citi Field, home of the New York Mets.

Last year, the Texas Rangers offered one of the most outrageous dishes in all of baseball, the Wicked Pig. This year, the Rangers will be selling ‘Texas Snowballs’, and they don’t just sound like they’re terrible for you, they also sound like they’d taste awful.

Here’s a look at this new dish:

The Rangers are selling something called ‘Texas Snowballs’ and they sound gross https://t.co/DjRdHCICDJ pic.twitter.com/yR67aqGiBO

So what are these Texas Snowballs exactly? According to SI’s Extra Mustard, they consist of Texas brisket that’s been shredded and rolled up into balls and then dipped in funnel cake batter and deep-fried. I’m sure they’ll taste good. I doubt the Texas Rangers would sell these if they weren’t delicious. Knowing what goes into making them grosses me the heck out, but that’s just me. What about you bros? Would you try the deep-fried funnel cake shredded brisket balls?

RELATED: The One Thing You Should Eat At Every Major League Baseball Ballpark This Season: National League Edition