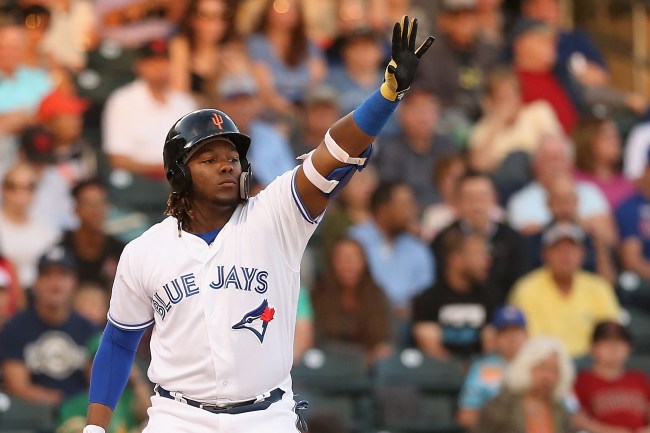 Back in 2008 Texas Rangers Josh Hamilton pulled off an amazing feat when he hit 28 homers at the HR Derby.

Before tonight’s derby the Rangers tweeted out that no one was going to break Hamilton’s record.

Unfortunately for the Rangers Vlad Guerrero broke Hamilton’s record in the first round of tonight’s HR Derby in Cleveland.

29 homers in the first round for Vlad Guerrero Jr.

Guerrero also hit 29 in the second round.

Vlad Jr. hits another 29 homers in the second round 🔥 pic.twitter.com/EnO0g7AhlY

The Rangers were instantly mocked by Twitter after Pederson and Guerrero broke Hamilton’s record.

VLADDY GUERRERO SAYS HI TEXAS, HOW YOU GUYS LIKE THAT NEW RECORD?? 😁😉

The Rangers had to acknowledge their mistake.