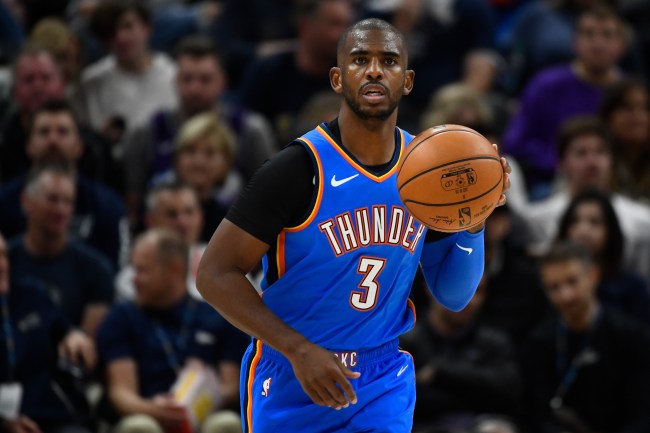 HBO has an announced a new documentary, ‘The Day Sports Stood Still’ that will focus on the shutdown of live sports this past March due to the Coronavirus pandemic. The doc will be directed by Antonio Fuqua (Training Day, The Equalizer), whose previous HBO documentary “What’s My Name: Muhammad Ali” won a Sports Emmy for Outstanding Long Documentary.

According to the synopsis of the documentary, NBA superstar Chris Paul will serve as an executive producer and will be heavily featured in the film.

HBO Sports, Imagine Documentaries and Fuqua Films are in production on THE DAY SPORTS STOOD STILL, a feature-length documentary that tells the story of the unprecedented sports shutdown in March of 2020 and the remarkable turn of events that followed. Emmy®-winning director Antoine Fuqua (HBO’s “What’s My Name | Muhammad Ali”) will chronicle the abrupt stoppage, athletes’ prominent role in the cultural reckoning on racial injustices that escalated during the pandemic and the complex return to competition in the summer and fall. From producers Brian Grazer and Justin Wilkes, along with Fuqua, the film debuts next year and will be available on HBO and to stream on HBO Max.

At the center of the film will be the first-person account of NBA All-Star and NBA Players Association president, Chris Paul. An executive producer on the project, Paul, the point guard for the Oklahoma City Thunder, will relive his entire experience from being in the middle of the first game to be stopped on March 11, 2020 against the Utah Jazz, to suddenly living in quarantine, to his crucial role in helping re-open the NBA safely to playing in “the bubble.”

Featuring additional in-depth and emotional interviews largely conducted remotely, the documentary captures a broad swath of voices and experiences exploring how the pandemic pressed pause on their careers, but also changed their lives in dramatic and surprising ways. The film features everyone from an NFL Super Bowl champion who volunteers in the ER, to a defending WNBA champ who decides to sit out the 2020 season to focus on protesting racial injustice.

Back in July, Paul spoke about his involvement in the documentary on the Knuckleheadz podcast.

“It was crazy, man,” “I’m doing a documentary about it … like a movie about the sports stop with Antoine Fuqua and Brian Grazer. We doing a whole thing about that, like getting perspectives from athletes of what happened.

“Man, listen, I ain’t never seen nothing like it. Never seen nothing like it. And you know, we can talk about all the different stuff I’ve been through. I’ve been through the Knicks trade, Hurricane Katrina, (Donald) Sterling stuff. All that, and then, boom. ‘You said come back to the locker room? What’s going on, what’s happening? When you starting the game?’ Like that, that right there, that was different.”

The Day Sports Stood Still is set to premiere in 2021