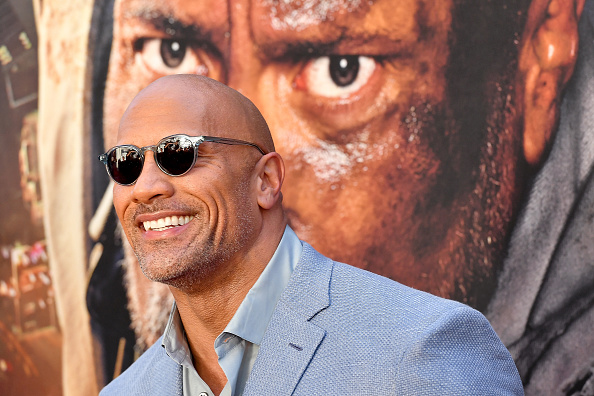 Before Dwayne “The Rock” Johnson was a popular actor/wrestler he tried to play professional football in the Canadian Football League.

Johnson, who was a star college football player at the University of Miami, played for the CFL’s Calgary Stampeders in 1995 but was cut after only two months.

“Sometimes in life, something you want so badly, your dreams that don’t happen sometimes, they’re the best things that never happened.

Yesterday afternoon the Calgary Stampeders posted a flashback friday photo of the Rock from his time with the team and it’s absolutely ridiculous.

Of course the Internet had jokes about The Rock’s hilarious looking headshot.

why he look like the big ass thumbs from Spy Kids

Even The Rock himself had a hilarious reaction to his head shot from Calgary.

6’5 280lbs of hungry nightmare (or thirsty dream pending one’s perspective). Also not sure why I thought shaving my goatee but keep my beard was a good choice 🤦🏽‍♂️ Someone throw chunky smiles over here another waffle. #RookieHeadShot #CFL #Calgary https://t.co/TS71rNZtRM