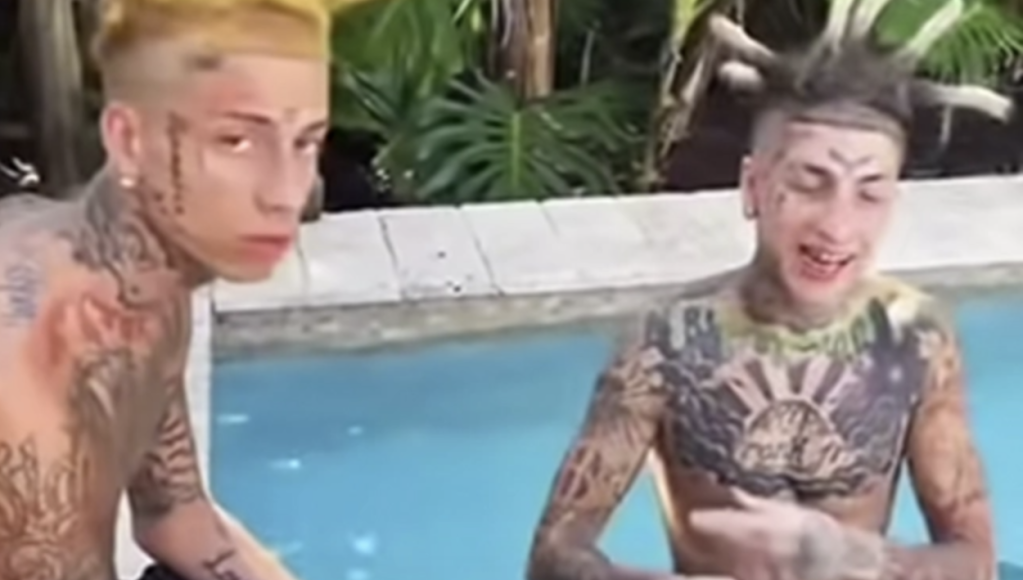 If it wasn’t obvious already then I hate to be the bearer of bad news here but it sure looks like the Island Boys are gearing up for a celebrity boxing match. There are two clips floating around of them play boxing in the backyard and throwing punches and one clip was picked up by Ariel Helwani and has since gone viral.

The reactions to these clips are pretty universal. The Island Boys have terrible form even if they’re just playing around. They probably weigh 125-pounds each and would likely get blown away if they stood outside in a hurricane. But there still remains something strangely magnetic about these two that keeps people talking.

From where I’m sitting, it appears as if the twins from South Florida who became overnight viral sensations on TikTok are looking for ways to stretch their fifteen minutes of fame. And two recent clips of them play boxing in their backyard have a lot of people speculating that they’ll look to set up a celebrity boxing match in the next year. Let’s check out the clips first…

Really impressive form. Mix in a little #helwaniboxing and they could be legit players pic.twitter.com/DHb02HK6Is

#Kodiyakredd from the #IslandBoys showing off his boxing skills 😂🥊 which rapper should he box? pic.twitter.com/IqDDBIejZR

‘KodiyakRedd is ready to box any rapper’ is a statement that millions would love to see come true. The Island Boys are two of the tiniest people on the planet. They’ve surely been in fights before during their time in juvenile detention but a 1-vs-1 fight against another rapper would be a hilarious spectacle and Jake Paul needs to step up and make it happen ASAP.

Best Reactions To The Twins Getting Trolled

About as good as their rapping

theyre too big for him. he likes the weight advantage

need sum bleach for my eyes after this frfr

Someone will make it happen though…

Aaron Carter would be in their weight class actually:

They swing better than most nba players

I want to believe the Island Boys are just playing around here but in my heart of hearts I know they’re angling for a celebrity boxing match soon. I’ve spent way too much time on the Internet in my adult life and am very confident there’s more at play here than just two brothers throwing weak punches in the backyard. This is like Stage 2 of a master plan to get knocked out at the Hard Rock Stadium in South Florida.