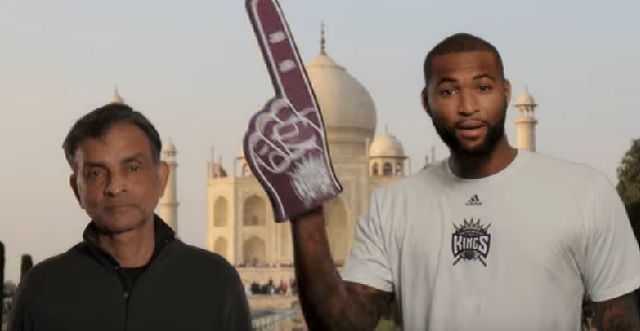 Last night, the Sacramento Kings were crushed by everyone in the NBA community after they traded their franchise player DeMarcus Cousins for Buddy Hield a top 3 protected first round pick and a few other assets.

Deal with the Pels includes guard Buddy Hield, and a 2017 first-round pick to the Kings for Cousins, league sources tell @TheVertical.

The trade was so bad that even NBA 2K17 rejected the deal in their game.

The Kings won't do this deal in NBA 2K17 pic.twitter.com/ERaK6TzVfq

We now have a better idea of why the Kings made such a dumb trade and it turns out it’s because their owner really likes Buddy Hield.

There were objectively better deals available for the Kings, but since they think so highly of Buddy Hield, that's the direction they went.

Kings owner Vivek Ranadive has been a huge fan of Buddy Hield for a couple of years, sources say. Made no secret of that w/in organization.

Vivek Ranadive seems to have an obsession with Steph Curry/Klay Thompson. This is what he said about Nik Stauskas when they drafted him in 2014.