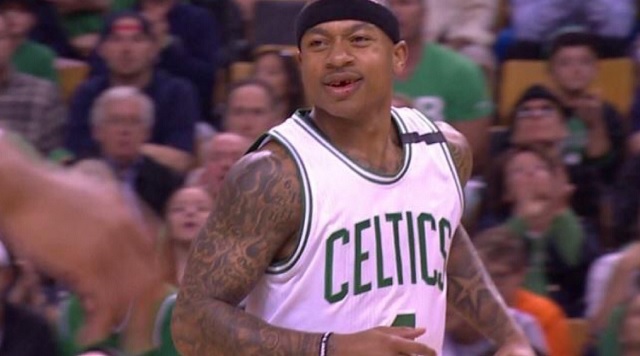 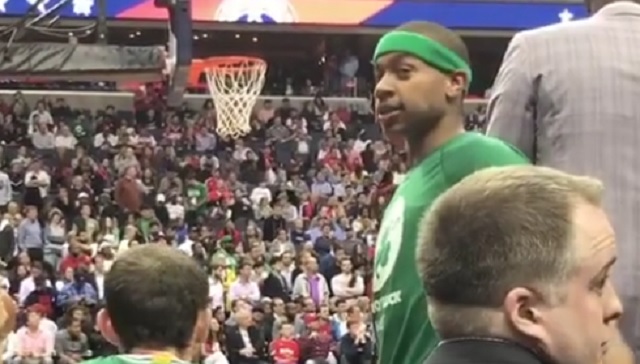 On Sunday, Celtics guard Isaiah Thomas was filmed telling a heckling Wizards fan “I will fuck you up” during game 4 of the Celtics-Wizards game.

Apparently the NBA has also seen the video and is deciding whether to punish Thomas for getting into it with the fan.

The NBA says it’s looking into an exchange during Game 3 of the Celtics-Wizards playoff series, in which Isaiah Thomas appeared to respond to a court-side heckler at Washington’s Verizon Center with a profane comeback.

Footage of the incident in question was posted online Friday night by an Instagram user and first reported on Monday night by The Big Lead.

According to the user who captured the exchange, a male heckler was “screaming all game” at Thomas to “take his toothless a– back to Boston.” Thomas, who was sitting on the bench, reportedly responded, pointing at the fan, “I will f— you up, and you know that.”