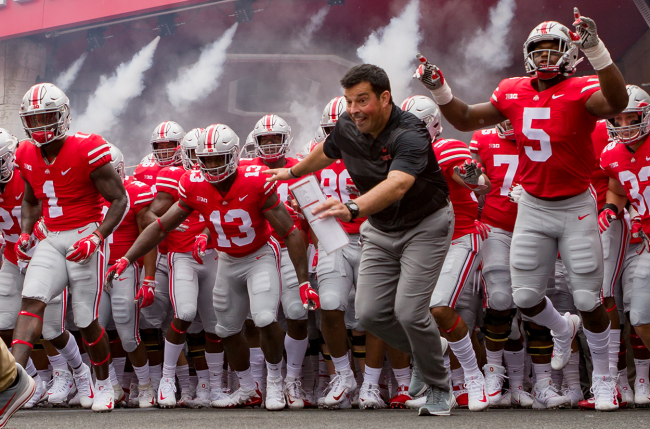 Ohio State’s persistence has paid off. Commonly referred to by alumni and current and former athletes as “THE Ohio State University,” the school has successfully filed a trademark for the word “The.”

The Ohio State University has successfully registered a trademark for "THE."

The registration was just issued on June 21st by the USPTO.

The application was filed back in August 2019. So why did it take 3 years to get approved?

This decision comes after Ohio State failed to receive a trademark for the word in 2019. It did not go through.

The initial rejection came because of two reasons: Marc Jacobs also wanted a trademark on the same word and the USPTO found Ohio State’s request to be mostly for show.

1. Showing the USPTO that it was not using the trademark in a mearly ornamental manner, and

To get things figured out, the disagreement with March Jacobs was settled and Ohio State proved that its request had purpose and meaning.

After the settlement agreement was reached with Marc Jacobs in August 2021, it took until yesterday (June 21, 2022) for Ohio State to continue to clean up the "merely ornamental" issue with the USPTO and go through the rest of the application process.

The trademark is under Class 25. It allows the school to use “The” on “clothing, namely, T-shirts, baseball caps and hats; all of the foregoing being promoted, distributed, and sold through channels customary to the field of sports and college athletics.” And according to the application, the “mark consists of standard characters without claim to any particular font style, size or color.”

The Ohio State is officially a real thing.