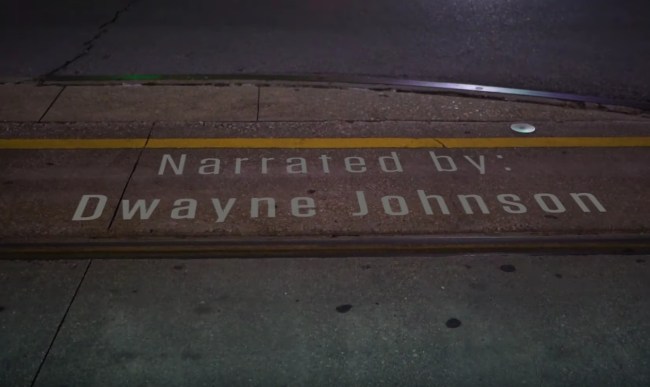 The National Championship is upon us. We’ve got the Louisiana State Tigers versus the Clemson Tigers. As far as I know, this is the first time in history where both teams in the College Football National Championship have the same mascot which kind of makes me feel like they should be playing for pink slips here. The loser has to send their tiger to the other school for a year.

For their final hype video before the 2020 College Football National Championship, they enlisted the help of Dwayne ‘The Rock‘ Johnson to narrate the video. It’s a little odd since The Rock was a University of Miami guy but his defensive line coach at The U was none other than Ed Orgeron so I guess it makes perfect sense when you factor that in.

That’s Why I Know Where I’m Going… So Let’s GEAUX pic.twitter.com/qkBpXpp15q

We were talking amongst the BroBible team this morning and there’s really no consensus at all on who’s going to win tonight. Nobody’s really willing to commit to any wager other than the over (67.5 points) because it’s so easy to envision a world where either team wins this game.

Personally, I think LSU will win it but that’s only because I’ve listened to way too many members of the media question Clemson‘s squad throughout the season. It pains me to say this as an FSU grad but they’re a modern dynasty at the moment and it’s 100% Clemson’s game to lose.

I was at the 2017 National Championship in Tampa and watched Clemson win it all in the 4th quarter and that shit was straight up wild. The freshmen from that game are all seniors now (if any are left) and I think that sort of experience has to give Clemson and edge in this game even if LSU might have the more talented and more dangerous squad (and gameplan).