‘This Is Clown Golf’: Bryson DeChambeau Vents During A Rough Start To The U.S. Open 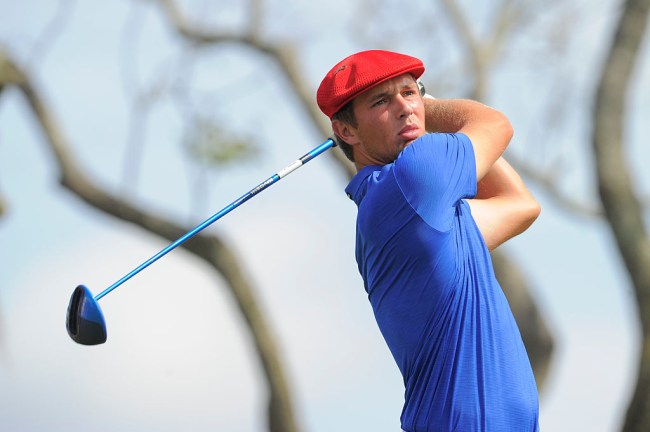 The 2018 U.S. Open at Shinnecock Hills has proved to be a tough and, at time, unfair test of golf for the world’s best players. Round 1 was especially brutal, yielding the highest first round leading scores since 2006. The course is so difficult that over 20 players failed to break 80 in the opening round (including Rory McIlroy, Keegan Bradley and Martin Kaymer) and one pour bastard even shot a 92. Brutality.

It was a frustrating day for almost everyone, but no one summed up the day better than Bryson DeChambeau after missing the green on the 157yd par 3 11th hole.

So Bryson missed this green to the right and after hitting yells “This is clown golf! What am I supposed to do aim for the grandstand?!” https://t.co/aCBBTYxaVK

The best of the bunch happened at the par-3 11th hole, which features one of the smallest greens on the course and was being smothered by a powerful left-to-right wind. All three players missed right of the green. It was virtually impossible not to. After his shot, DeChambeau said to no one in particular, “This is clown golf! What am I supposed to do, aim at the grand stand?!”

Bryson and Bryce Harper should hang out. Have long chats about their vast knowledge of clown behavior. Maybe give them a show on FS1 about it.