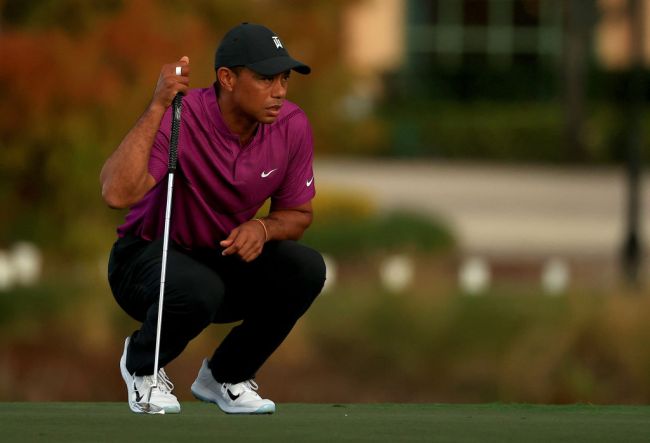 One wealthy person out there is now the proud owner of Tiger Woods’ backup Scotty Cameron putter after winning it at auction for $393,300.

While the putter that sold isn’t the Scotty Cameron Woods used while winning 14 of his 15 major championships, this is still a piece of golf history.

Prediction: this putter shocks the world when our auction ends tomorrow night. Golf collecting lags behind other sports. Not anymore. Not this auction. Not this putter. pic.twitter.com/J8J8B7spA8

The putter, made in 2002, is an exact replica of Woods’ Newport 2 that he’s gamed all of these years. Woods had the putter made to be his backup if God forbid anything ever happened to his go-to flat stick. There are reportedly less than 10 of these Scotty Cameron designed putters in the world.

The offered putter is what’s famously known as a Tiger Woods “backup” – a putter produced for Tiger to practice with and experiment with should he decide to switch putters, or should something happen to the original putter and a backup needed to be called into duty, the auction listing read.

According to Scotty Cameron, he only produced 1 or 2 “backup” putters for Tiger each year they worked together. Tiger would often try out the backups, and even practice with them to ensure they were to his liking, but (so the legend goes) Tiger only used his one trusty gamer in actual tournament play.

Woods’ Newport 2 putter is unique, to say the least, as Cameron drilled out pockets on the back of the head and face, filling them with his iconic red paint, for added detail.

If Tiger Woods’ backup putter sold for nearly $400,000, there is no telling what his gamer would actually sell for. You’d have to start the bidding at $1 million, but Woods would likely say it’s priceless.

Related: Jack Nicklaus Predicts Whether Or Not Tiger Woods Will Ever Play Golf Again