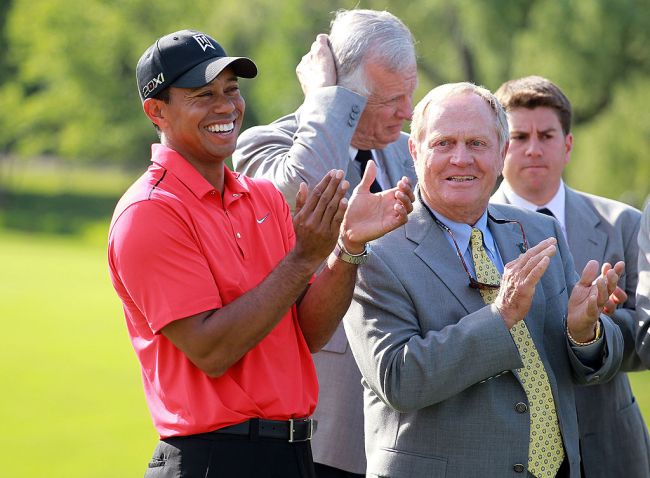 We haven’t heard much from Tiger Woods in regards to his recovery process following his single-car crash in February. In fact, the most recent update from Woods came back in May when he said that this recovery process “has been an entirely different animal and more painful than anything I have ever experienced.”

Woods also shared in May that his No. 1 goal at that particular point in time was to walk on his own.

The 15-time major champion suffered comminuted open fractures affecting both the upper and lower portions of the tibia and fibula bones. These injuries were stabilized by inserting a rod into the tibia during surgery. He also suffered additional injuries to the bones of the foot and ankle, which were stabilized with pins and screws.

Will Tiger Woods Ever Play Again? Jack Nicklaus Thinks So

The question that remains on every golf fan’s mind is will we ever see Woods tee it up again? While nobody can even begin to know the answer to that question, Jack Nicklaus seems to be looking at the situation very optimistically.

“I know Tiger,” Nicklaus told The Washington Post. “What he did at Torrey Pines [winning the 2008 U.S. Open] on a broken leg, what does that tell you? He’ll still be able to slap it around, and if he can putt, he’ll be all right. I don’t know if he can reach his old level, but I do expect him to play again.”

Maybe Nicklaus knows something the rest of us don’t, or perhaps he is just being positive about the situation at hand. Whatever the case may be, you can’t knock Nicklaus for clearly wanting to see Woods back inside the ropes and believing it’ll happen one day.