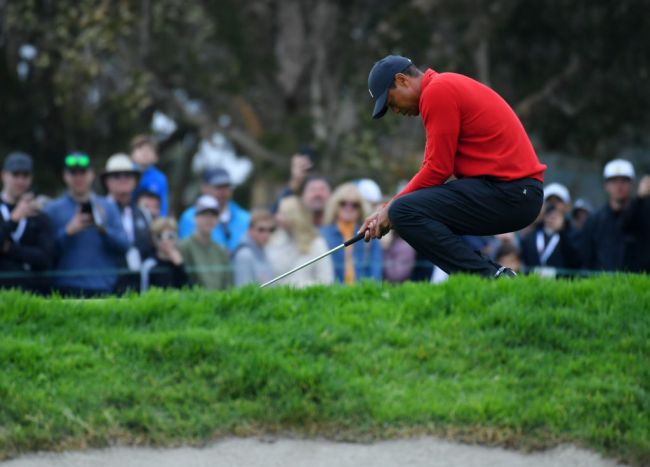 According to the LA County Sheriff’s office, Tiger Woods was injured in a single-car crash in Ranchos Palos Verdes, California on Tuesday just after 7:00 AM. According to the report, Woods’ car rolled over and sustained major damage. Initial reports stated that he was extricated from the car with the jaws of life’ by Los Angeles County firefighters and paramedics, but Captain James Powers told Fox News’ Martha MacCallum that the jaws of life were not used.

Golf Digest’s Daniel Rapaport received a statement from Woods’ agent Mark Steinberg: “Tiger Woods was in a single-car accident this morning in California where he suffered multiple leg injuries. He is currently in surgery and we thank you for your privacy and support.” He was taken to Harbor-UCLA Medical Center.

LA Sheriff Department says there was “no evidence of impairment” when personnel arrived on scene of the Tiger Woods crash this morning.

Tiger was not able to stand under his own power. He was assisted onto a backboard.

He seemed as though he was still calm and lucid upon arrival according to Carlos Gonzales, LA County Sheriff’s Deputy.

The local ABC affiliate shared an image of Woods’ car turned over on its side.

To clarify: Tiger is in LA for a two-day shoot with Golf Digest and GOLFTV.

Despite some speculation, he was not playing holes or hitting balls, but giving on-course lessons to celebrities. Tiger was in good spirits Monday. Did not arrive to course Tuesday.

“We have been made aware of Tiger Woods’ car accident today.  We are awaiting further information when he comes out of surgery.  On behalf of the PGA TOUR and our players, Tiger is in our prayers and will have our full support as he recovers,” Monahan said via statement.

On January 19, Woods announced that he underwent back surgery, his fifth since 2014. Woods’ last start came at the PNC Championship when he played alongside his son, Charlie, in December. His last official start came at this past year’s Masters in November.