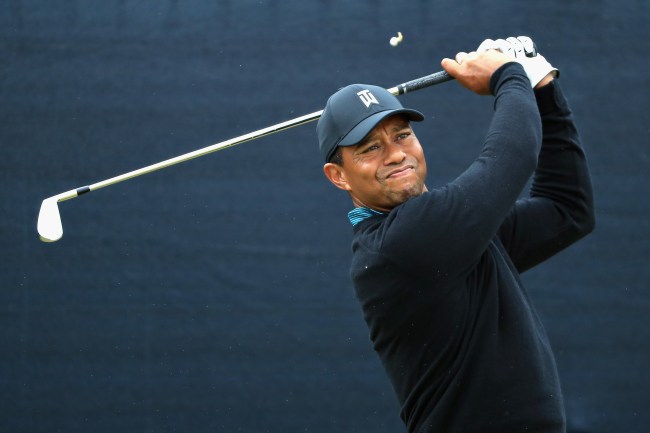 There are no shortage of anecdotes floating around that paint Tiger Woods as a borderline sociopathic competitive demon. Like Woods’ caddie, Joe LaCava, claiming that Tiger didn’t talk to him for the rest of the day after LaCava beat him 9 out of 10 games in a friendly game of H.O.R.S.E. Or Peyton Manning claiming one comment he made in 2013 about Rory McIlroy’s success fueled Woods to become the 2013 PGA Player of the Year.

Woods is playing in the British Open for the first time since 2015 after missing the past two years due to back issues and during a driving range session in front of a group of adoring fans, Woods let his guard down and demonstrated just how cold-blooded he can be. Check it out below:

"If you get intimidated, that's your own f***ing issue"

Tiger Woods is an A+ motivational speaker 💯 (via @donaldremington) pic.twitter.com/bW8dPJJGmV

As Golfweek reports, Woods will begin his 2018 British Open late Thursday afternoon when he’ll go off No. 1 at 3:21 p.m. local time – or 10:21 a.m. Eastern – alongside Hideki Matsuyama and Russell Knox.

We’ll find out if Tiger’s back (again) soon enough.