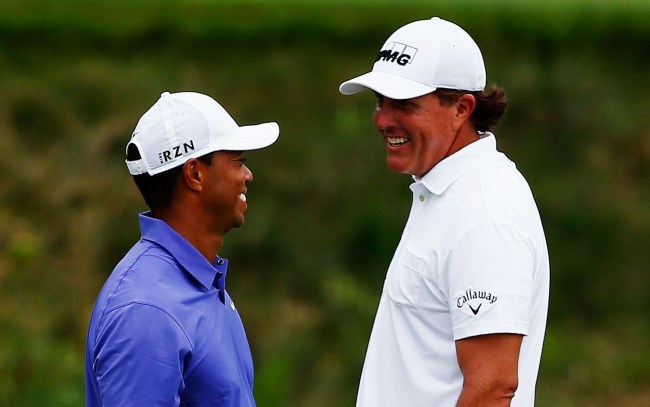 While I don’t have any concrete evidence to back this up, I’d wager that golf and gambling have gone hand-in-hand practically since the sport was invented. I can only imagine the Scottish guys who dreamed up the game made things more interested by putting whatever their currency back then was— I assume it was haggis— on the line.

The game has come a long way since then, but betting on shots, holes, and matches is one of the best ways to make a day on the links a little more enjoyable. Unfortunately, the PGA hates fun and doesn’t allow gambling on the course but thanks to Tiger Woods and Phil Mickelson, pro golf is temporarily going to get a lot more interesting.

Last month, the duo announced they were planning to play a winner-take-all match with $10 million on the line for our enjoyment (unfortunately, it doesn’t appear they have taken Patrick Reed’s advice to put their own money on the line). It was unclear exactly when the match would take place at the time of its announcement, but the date has (sort of) been revealed and Thanksgiving Day weekend is about to get a lot more exciting.

According to ESPN, Tiger and Phil will tee off at Shadow Creek Golf Course in Las Vegas in late November and the match is currently primed to take place on either the 23rd or 24th, which means I’ll be spending the day abusing the “Last” button on my remote switching between football and golf.

You might not be able to make $10 million off the match yourself, but there are plenty of ways for you to get in on the action as well if you want some skin in the game.