This Stat About Tiger Woods’ Streak Of Being World No. 1 Is The Literal Definition Of Mindblowing 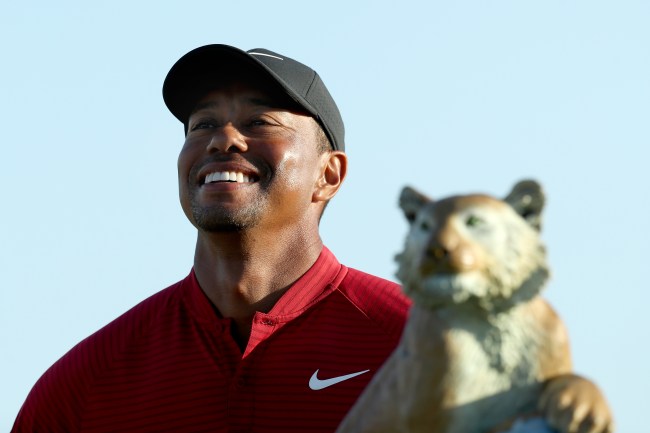 Every time Tiger Woods tees it up it’s a guarantee that you’re going to hear some eye-popping stat about him during the broadcast. That’s especially true now given his very limited schedule these days. The hardcore golf fans out there probably figure that they’ve heard and read about every impressive stat imaginable when it comes to the big cat, but every once in a while a new mind-numbing stat surrounding Woods comes out of nowhere.

Today, that stat comes courtesy of the stat guru himself, Justin Ray of The 15th Club.

Fresh off of a win at Augusta National, Dustin Johnson recently tied Rory McIlroy for the third-most consecutive weeks as the world’s No. 1 player with 106 straight weeks atop the rankings. That stat alone is unbelievably impressive, but when you compare it to Woods’ streak as the top player in the world it serves as yet another reminder that there are some streaks that Woods set that won’t ever be touched.

This is Dustin Johnson's 106th career week as the no. 1 ranked player in the OWGR, tying Rory McIlroy for 3rd-most all-time.

If DJ holds the number one spot every week until Christmas 2031, he'll tie Tiger Woods' record of 683 weeks.

Best of luck to DJ on holding onto the No. 1 ranking in the world for the next 577 weeks.

Just to put how long 683 weeks actually is, any baby born on the day Woods’ streak began would have turned THIRTEEN YEARS OLD before he lost the top spot in the world.

Woods, who turns 45-years-old in December, is currently the 36th ranked player in the world.

Related: New Study Reveals Which Golfers Will Make The Most Money In Their Careers Until They Turn 50