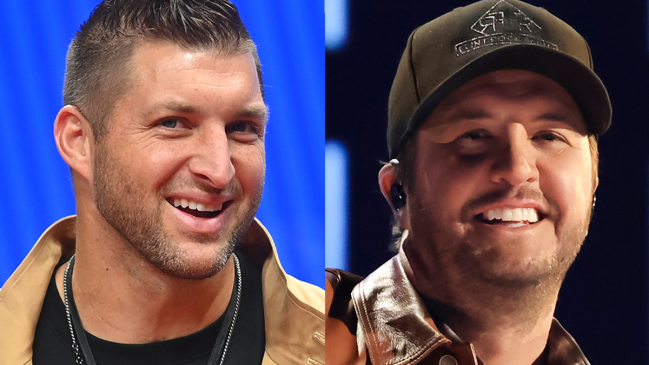 The Heisman Trophy is one of the most iconic awards on the planet, and while some guys may tell you they’d prioritize winning a national championship over the piece of hardware presented to the best player in the country on an annual basis, there’s still something to be said for being a member of one of the most exclusive clubs college football has to offer.

As of this year, a total of 85 players have been presented with the legendary bronze bust to honor their achievements over the course of the season (Ohio State running back Archie Griffin is the only person who’s managed to win it twice, although Alabama QB Bryce Young is in contention to join him after winning it last year).

In 2007, Tim Tebow became the first sophomore to take home the Heisman following a standout year at Florida. While the skills he showcased during his time with the Gators didn’t exactly translate to the NFL level, he’s continued to leverage the platform he was granted for some great causes—including one initiative that’s seen him put the trophy to very good use.

In 2018, Caroline Bryan—the wife of country music star Luke Bryan—founded The Brett Boyer Foundation to honor the memory of their niece shortly after she passed away at the age of seven months due to complications stemming from Down syndrome and a congenital heart defect.

A couple of years ago, Tebow attended a fundraiser the couple organized and offered to put his Heisman Trophy on the auction block to raise money for cardiovascular research (which he’s been doing to generate funds for various causes for close to a decade).

Luke ended up placing the winning bid to earn the opportunity to bring Tebow’s trophy into his home for six months, and the diehard Georgia Bulldogs fan seized on the chance to troll the quarterback and the rival alma mater Bryan jokingly (and, at least that year, unsuccessfully) cursed.

Tebow was kind enough to overlook the treatment his Heisman was subjected to, as the trophy has repeatedly been auctioned on behalf of the foundation since then.

On Monday, Tebow chatted with Dan Patrick about the auctions and revealed the Bryans recently surrendered the trophy after placing another winning bid earlier this year.

Tim Tebow doesn't have his Heisman Trophy. He actually hasn't had it for the last 8 years, as he's been auctioning it off for charity. Most notably to country star @LukeBryan and @KathieLGifford.

He also said he managed to team up with Caroline to get some payback on Luke:

So then, leading up to Florida-Georgia—because he’s such a Georgia fan—he would put a Georgia jersey on it, he would put peanut butter all over it and let his dog lick it off, he would do all sorts of stuff. I was like, ‘This isn’t fair.’ Right? He’s trying to hurt my Heisman.

So I worked with his wife to get one of his CMA Artist of the Year awards, which is kind of a unique-looking award. I started sending him videos of me using it as, like, a sparkling water opener or, you know, a jack for a car. We kept going back and forth and I think the CMAs got kind of upset with it.

I didn’t actually hurt it. It just looked like we were using it that way.”