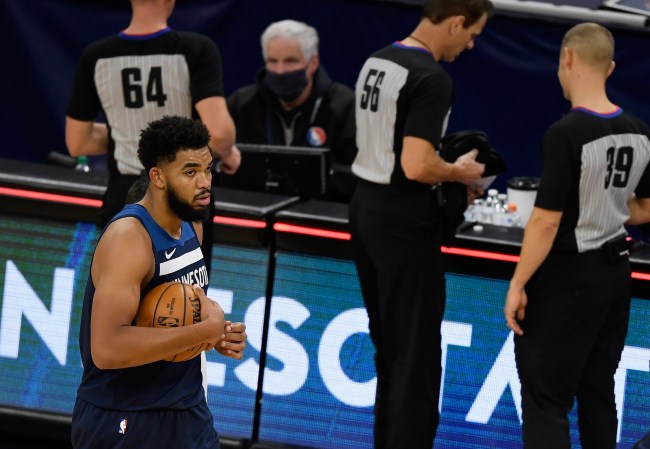 The Minnesota Timberwolves won their first game of the season and big man Karl-Anthony Towns, who lost his mother earlier this year to Covid-19, was extremely emotional.

During his postgame interview, KAT was in tears when he was given the game ball, which he said he was going to put next to his mother.

An emotional KAT chats with @MarneyGellner after playing his first NBA game since his mother's passing. pic.twitter.com/GB3QTZoOx8

While speaking to the media later in the night Towns gave an incredibly heartbreaking quote while talking about he’s feeling months after his mother’s death.

KAT: "That Karl died on April 13. He ain't coming back. You're talking to the physical me … That man you're talking about from April 13 or before, I don't know him. He ain't there." 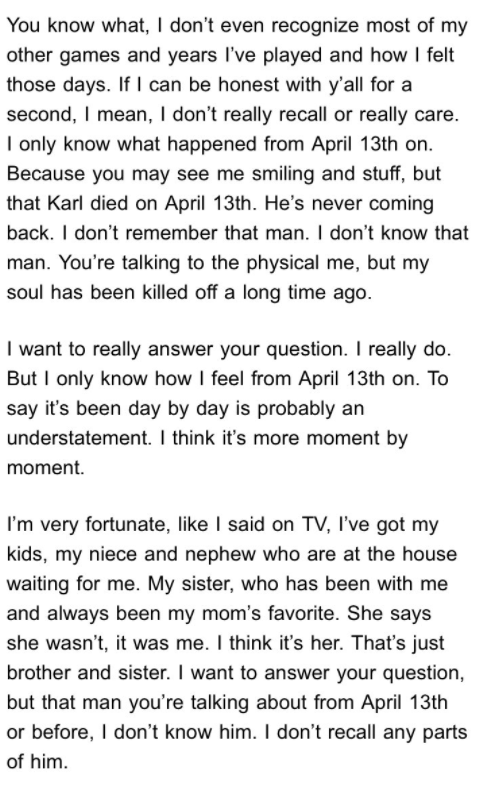 KAT went on to say that he’s going to continue playing for his teammates no matter how messed up his life is right now.

“No matter how bad my situation is and fucked up my life is Imma keep being here for these guys.” – Karl Anthony-Towns pic.twitter.com/R7RMEqnRj5

Hopefully, KAT is getting help to deal with grieving his mother’s death because it seems like he’s going through a lot right now.