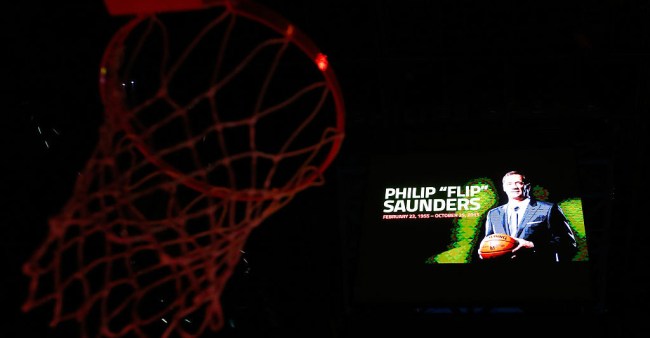 The Minnesota Timberwolves are holding a “Flip Saunders Night” to honor their beloved late coach as a part of their game versus the Los Angeles Lakers on Thursday. As a part of the event at the Target Center, the team will be focused on raising awareness and funds for the “Flip Saunders Legacy Fund.”

Saunders, who passed away in 2015 at the age of 60, after becoming afflicted with Hodgkin’s lymphoma, coached the Timberwolves for 11 seasons over two different stints, leading the team to the playoffs eight times and affected many of his players lives in more ways than just on the basketball court.

Chauncey Billups, who played for Saunders with the T-Wolves as well as with the Pistons, recently told NBA.com, “If I had a chance to talk to Flip one last time, I would simply just tell him ‘thank you for playing the role you’ve played in my life and I will forever, forever be indebted to you.'”

So when Minnesota’s players take the court versus the Lakers they will be wearing custom shoes to honor the late head coach, which, along with their jerseys, will be auctioned off to benefit the Flip Saunders Legacy Fund.

The Lakers also helped honor Flip Saunders after his passing in 2015. 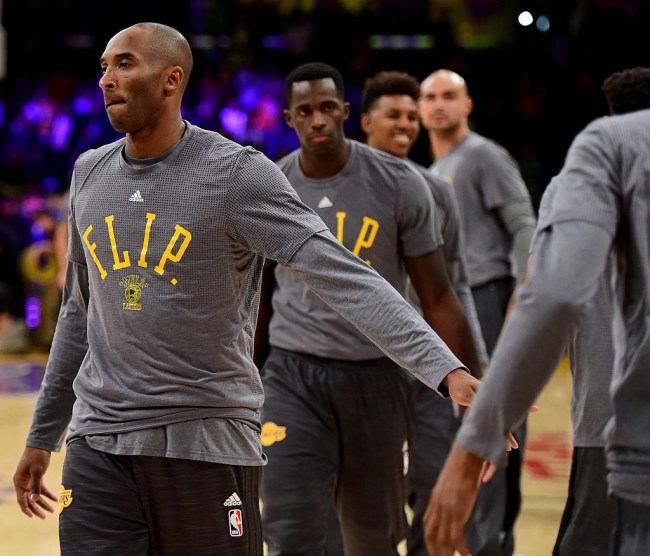 Additionally, all fans in attendance will receive a Flip Saunders commemorative coin. One of Flip’s trademarks during his tenure with the Wolves was to create a new team coin each season for players and front office staff, then randomly give them to people he would encounter as a way to include fans on that season’s journey.

“Minnesota has always been our family’s home,” said Debbie Saunders, widow of Flip Saunders. “Flip not only had a passion for the Timberwolves but for basketball in the State of Minnesota. We are incredibly grateful to the Timberwolves for memorializing Flip in such a moving way and having his memory live on inside Target Center forever.”

The Wolves will also be unveiling a permanent banner and have commissioned speed painter David Garibaldi to create a piece of art live during halftime honoring the coach’s memory, which too will be auctioned off.

Here’s a look at some of the sneakers, designed by Kickstradomis Customs, that the Timberwolves players and Flip’s son Ryan will be wearing…