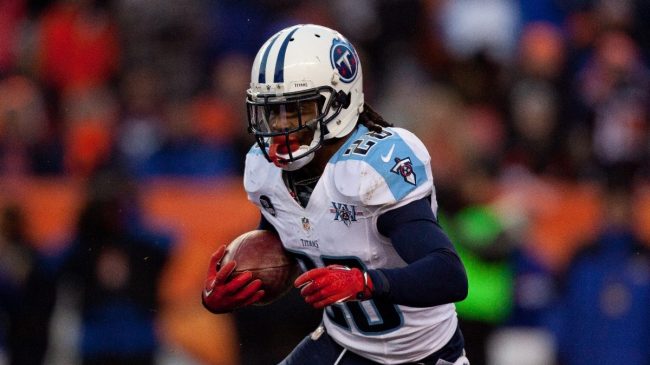 The Tennessee Titans imploded on themselves in the season opener against the New York Giants. Saquon Barkley went bonkers, especially in the second half, to help his team win the game. Legendary running back Chris Johnson has been vocal about Barkley but now hilariously owns up to his bad take.

During a conversation with former teammate Lendale White, the two running backs discussed the Titans’ downfall in Week 1. They quickly transferred to Saquan Barkley, who racked up 164 rushing yards and two total touchdowns.

After putting up a ridiculous statline, it’s safe to say that Saquon Barkley is back. Chris Johnson sure seems to think so as he openly owned up to his bad take. It was a brutal day for the Titans, but having Barkley back is massive for this Giants team.

His day was big for fantasy football as well, as he was one of the best running back options in Week 1. New York will likely continue to rely on Saquon Barkley, as he’s the driving force for this offense. The Titans legend now recognizes that and is probably happy to have Barkley on his fantasy football roster.