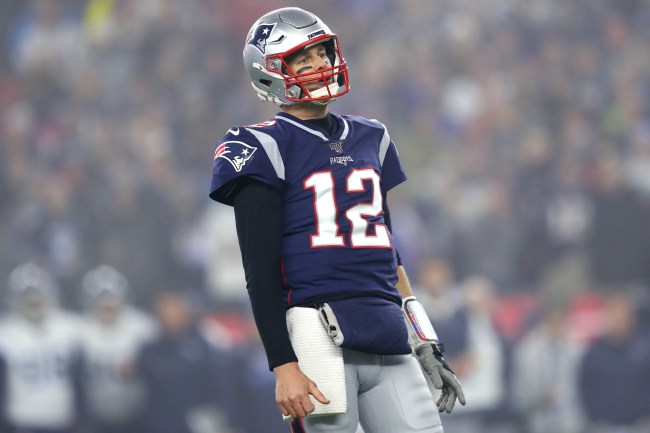 It seems like Tom Brady isn’t generating as much interest in the free agency market as he had hoped.

According to ESPN’s Dianna Russini, the Tennessee Titans have denied any interest in signing Brady but instead are working hard to get a deal done with QB Ryan Tannehill.

The Titans are not interested in Tom Brady, they are working hard to get a deal done with Ryan Tannehill per sources

As @diannaESPN alluded to, Titans and Ryan Tannehill are now on the verge of a new multi-year extension that would prevent Tennessee from using its franchise tag on the quarterback and keep him as the team’s starter moving forward, per sources.

According to “Dale & Keefe” radio, host Dale Arnold said the Patriots have made an offer to Brady and it’s only a one year deal for less than what he made last year.

“I will tell you what I was told happened. There were conflicting reports a week or so ago. Both reports said there was communication, there was a phone call between Tom Brady and the Patriots, presumably Bill Belichick,” Arnold said. “And one of the reports said the call, ‘Did not go well.’ … Adam Schefter confirmed there was a phone call and said it was, ‘Business as usual.’ I am going to tell you how both are right.

“This is what I was told happened: There was a phone call between Bill Belichick and Tom Brady. There was not a negotiation. There wasn’t a, ‘We will offer you a two-year deal at X number of dollars.’ What I was told happened was the Patriots told Tom Brady that all they can do is a one-year deal at less money than he made last year because of the $13.5 million that gets tacked onto the salary cap and basically, ‘What we’re going to be able to do here Tom, is a one-year deal, but it’s not going to be for as much money as you got last year.’”

NFL free agency doesn’t start until next week if it’s not delayed because of the coronavirus, but as of now it doesn’t seem like Brady is getting much interest from teams around the league.