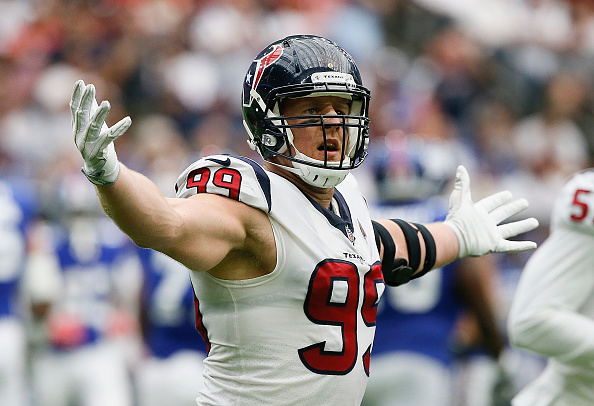 This season the NFL has made it clear that they want to protect their QBs but things are getting a little of hand.

Over the weekend Steelers linebacker TJ Watt was ridiculously flagged for roughing the passer when he barely touched Matt Ryan’s leg.

Can’t believe this was a roughing the passer against @_TJWatt.

Would love to hear the explanation on how this was “roughing the passer” pic.twitter.com/Fv7reMBH84

For whatever reason the NFL thought TJ was deserving of a $20k fine for the “forcibly hitting in the knee area or below.”

NFL fined its co-sack leader, TJ Watt, $20,054 for “forcibly hitting in the knee area or below” Falcons’ QB Matt Ryan, per source. The league office instructed the Steelers to deduct the money from Watt’s paycheck if he does not appeal.

TJ’s big bro, Texans defensive star JJ Watt, wasn’t happy with the NFL’s fine on his brother and proceeded to blast the league on Twitter.

Fans were also baffled by the fine.

The league is slowly killing itself