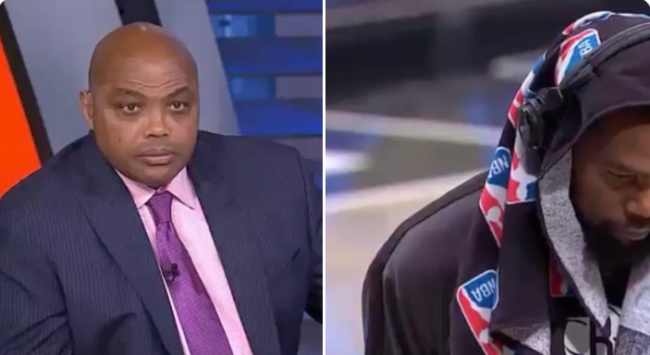 Kevin Durant didn’t seem like he wanted to get interviewed by TNT’s ‘Inside The NBA’ crew on Tuesday night after the Nets’ opening day blowout win vs the Warriors.

During his postgame interview, things got a bit awkward after Durant gave Charles Barkley a one-word answer to a question.

Charles Barkley's reaction to Kevin Durant's one word answer to his question.loooooool pic.twitter.com/KEHnG0wGa3

It’s possible that KD was irked by Barkley’s comments about teammate Kyrie Irving for not talking to the media earlier in the week.

"Stop acting like you’re the smartest person in the world.”

Charles Barkley had some thoughts on Kyrie Irving's recent comments about the media.

Immediately after the interview the Inside The NBA crew mocked Durant for his low-energy awkward interview.