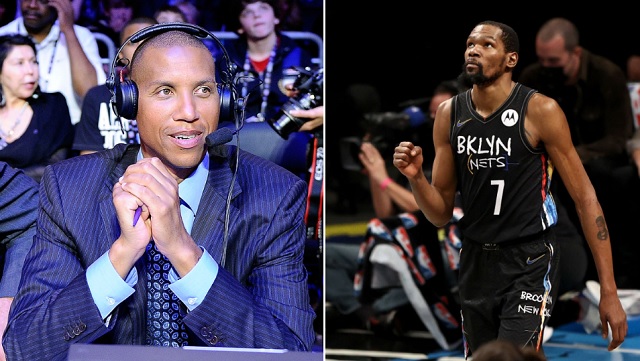 TNT’s Reggie Miller may have produced the worst NBA-related tweet of the year.

On Tuesday night, Kevin Durant scored an impressive 49 points in 48 minutes and carried his team to 114-108 win in game 5.

After the game, Miller took to Twitter to make a bizarre suggestion for the Nets in their upcoming game 6 against the Bucks. According to Miller, the Nets should consider sitting Kevin Durant and James Harden and letting the Bucks win game 6.

I’m just going to throw this out there to see what the responses will be.. If your Steve Nash and the Nets, would you sit James Harden AND Kevin Durant in Game 6 because of the heavy minutes tonight, and push all your chips to the center of table for Game 7??

This is an excellent idea.

Twitter as a whole will ensure you never have a head coaching job. https://t.co/s23LosrIDw

analysts prove everyday, just because you played basketball, doesn’t mean you know what you talking about https://t.co/ax9KlOkh5m

You can’t be serious right? Liked geezus Reggie this is dumb as hell. Especially for a former player. https://t.co/b9uI3DcngV pic.twitter.com/nF3SbyTLmI

How is it possible that this guy’s takes seem even worse when they are written down than when he says then out loud https://t.co/32lCycTRoz