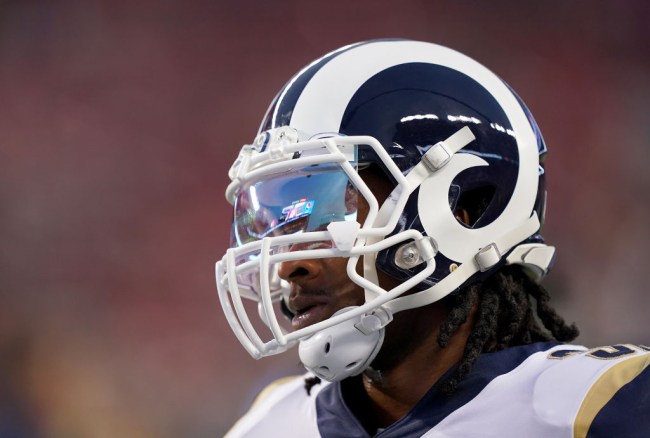 While the NFLPA has told players that there will not be any preseason games played this year, the plan, at least at this moment, is to have the 2020 campaign start on time. Nobody really knows exactly what that may look like, or if it actually happens, honestly, but the league is looking at things thru an optimistic lense, which you can’t fault it for.

Having said that, there haven’t been many details brought forth about additional health and safety protocols for players and coaches. Testing will be at the forefront of all of this, we know that, but beyond that, the NFL and NFLPA still seem to be discussing what the new normal may look like.

With the uncertainties still outweighing the certainties, Falcons running back Todd Gurley isn’t too thrilled with what has taken place thus far and has made it clear that he is prepared to not play at all this season if he doesn’t feel comfortable.

“It’s really not structured right,” Gurley said on Tiki and Tierney according to Pro Football Talk. “There’s not a proper plan in place that I’m comfortable with. I don’t have a wife. I don’t have any kids. But you have to look at guys on the other side who have pregnant wives, kids and a wife that they go home to every single day. I just feel like in general we just need to come up with something a lot better than what they’re giving us. Everything they gave us is pretty last minute. We should have been able to have answers weeks ago, if not months ago.”

“You have to be prepared to not play or be prepared to have a half a season,” Gurley said. “If they don’t do things right, we won’t have a full season. It’s just how things have been going so far this year. Hopefully everything goes well, but I don’t see how.”

The league will undoubtedly lay out a plan that will protect players and staff to the best of its ability, but even if that’s the case it will come down to the individual player making his own call whether to suit up or not.