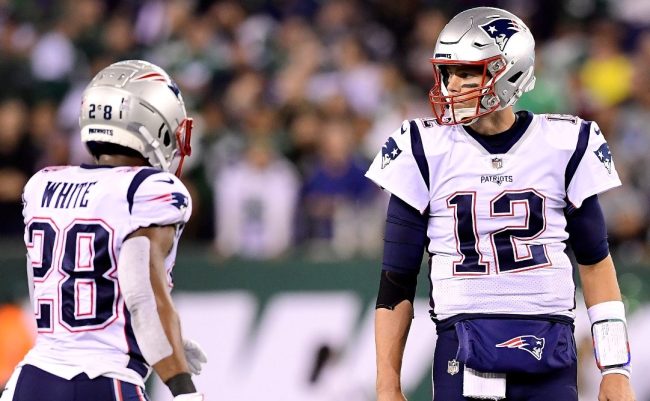 According to Sports Illustrated, Brady left a message to James White via Instagram. The future Hall of Fame quarterback stated, “‘Teammate, champion, football player through and through. Congrats on the perfect career @sweetfeet,’ tagging White’s account.” White had a solid career during his tenure with the Patriots, recording 4,556 total yards and 36 total touchdowns.

He essentially played as a wide receiver out of the backfield while being consistent in the ground game too. Tom Brady dumped it off to James White often throughout their time playing together. After winning multiple Super Bowls, Brady clearly felt it necessary to send his former teammate a message in support.

This is the first we’ve heard from Tom Brady since being absent from the Buccaneers training camp. There are numerous reports speculating the reason why he’s not in attendance with his teammates. For now, it’s best to wait until the dust settles and let Brady fill us in when he’s ready. Luckily for Tampa Bay, their star quarterback will be ready to go by Week 1.

As for James White, he was facing a ton of competition in training camp as the Patriots have a million running backs on the roster (just a bit of an exaggeration). Even so, he can retire knowing he played his heart out after having a long career in New England. After playing a major role alongside Tom Brady for years, White can feel proud as he enters the next chapter of his life.