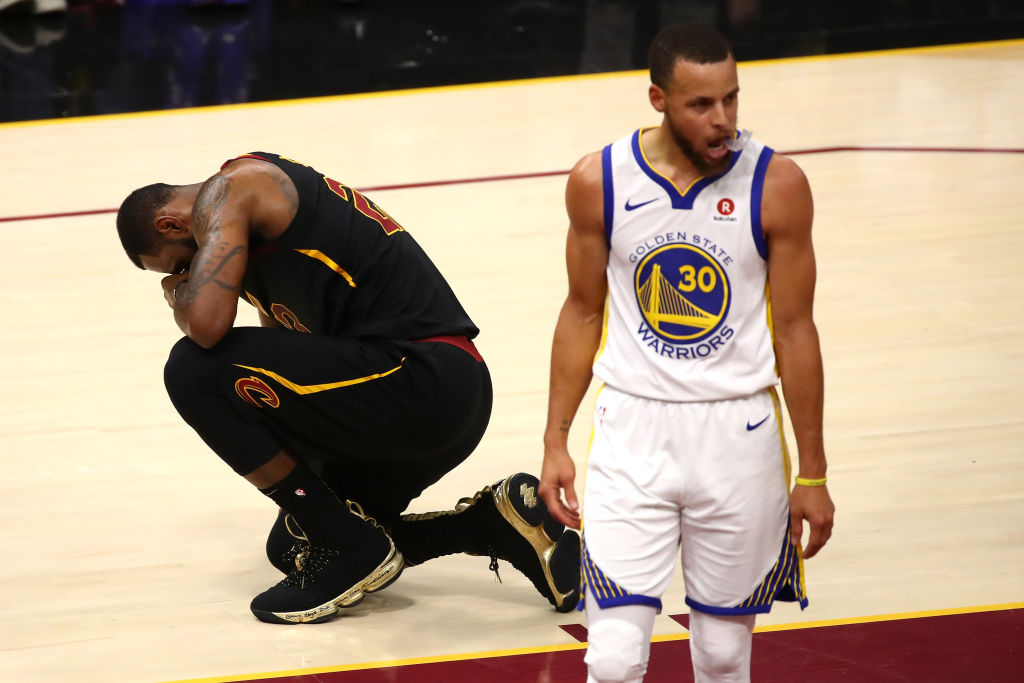 Golden State Warriors point guard Steph Curry recently signed a 4-year contract extension worth $215 million. Steph is set to earn an average salary of $53,838,416 and play with the team until he’s at least 37-years-old (UFA at 38 years old). All of this while Steph’s name is trending lately as his parents have begun a very public he-said-she-said divorce.

If there is ONE professional athlete in history you would want to talk to about defying age and staying both mentally and physically sharp longer than others, that man is Tom Brady. As it turns out, Stephen Curry has had conversations with Tom about fighting off the ‘just one more year’ mentality and how to stay sharp.

In a recent interview with NBC Sports Bay Area, Steph Curry shared the wisdom Tom Brady gave him about defying the proverbial ‘sports clock’ that usually shuts down athletes at a younger age. Here’s what the two future Hall of Famers discussed:

“Absolutely,” Curry told NBC Sports Bay Area this week. “I’ve actually talked to him, personally, about this. He’s at the point now where he can look back and talk about that with some authority and experience.

“But even he said, in the moment, when he was in his early-30s, mid-30s, late-30s, it was always, ‘I think I’ve still got two more years in me. Stay. Do everything I can to sustain yourself and stay physically and mentally sharp.’ And then you look up and you’re saying that again, saying it the next two years. And you’re saying it again.” (via NBC Sports)

So, telling yourself two years instead of ‘one more year’ apparently enables you to win a Super Bowl at 43-years-old… Obviously, there’s more to it than a simple mental trick.

The interview elaborated on how that 2-year trick and always pushing towards something further in the future than the end of the current season allows an athlete to focus more on staying sharp than working towards a finish line:

Brady has avoided the one-year-at-time mentality so common to athletes, particularly when they reach the uber-veteran stage. One year is comfortable, but two is greedy. Committing to two years requires a certain disposition. (via NBC Sports)

Curry also has his own tricks for staying present and not getting caught up in ‘the next‘ mentality. “It’s all about staying in the moment, and not fast-forwarding, putting too much pressure on yourself to reach that milestone. You do everything now to set yourself up for now and the future. Staying in the moments is all a part of getting there.

Stephen Curry is 33-years-old this season. He led the NBA in 3-pointers over the 2020/21 season and even took home back-to-back POTM Awards for the first time in his career. There are no signs that his game is slowing down.

He has suffered some injuries throughout his career (ankle, groin, and wrist) but he appears to be managing the process of aging A LOT better than his peers if the average age of retirement in the NBA is 28-years-old and he’s already 33.