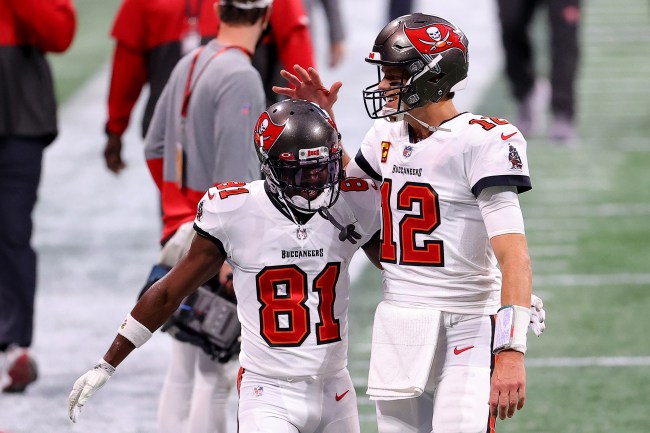 Earlier this year, Brown signed an incentive heavy contract that included a $250k bonus if he caught 45 passes in the season.

Antonio Brown has officially signed his one-year deal with the Bucs. As we reported Sunday, $1 million in base salary and per-game bonuses, with chance to earn $750,000 by winning Super Bowl, and another $250,000 each for 45 catches, 650 yards or 6 TDs if Bucs make playoffs.

When Brown was stuck at 42 catches late in the team’s meaningless game against the Falcons on Sunday, Brady made sure to get his wide receiver the ball. In the final two minutes, Brady threw three shovel passes to Brown so that he could collect his $250k bonus.

Tom Brady completing three shovel passes to Antonio Brown in the final two minutes today gave him 11 catches on the day and 45 on the season, earning him a quarter-million bonus.