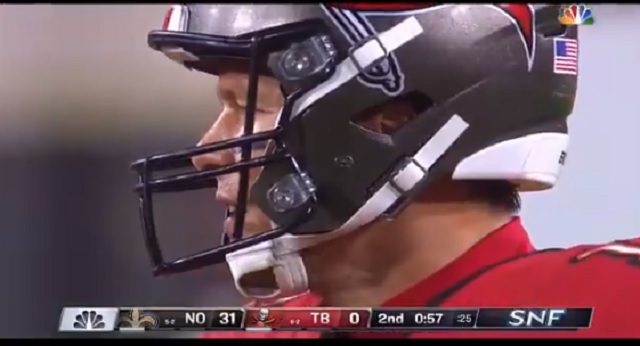 The Tom Brady-Antonio Brown union in Tampa Bay is off to a rocky start.

During Sunday Night’s game between the Bucs and the Saints, Tom Brady and his offense struggled to get things going as he threw three interceptions through three quarters.

Brady’s second interception of the game was a clear miscommunication with Brown and the Bucs QB didn’t look happy about it.

The Internet had plenty of jokes about Brady’s struggles with Brown considering the wide receiver is living with Brady during the season.

Tom Brady and Antonio Brown are going to have an awkward ride home after this game. 😬

So @AB84 lives in @TomBrady house. I wonder how their car ride gonna go😅🤣🤣🤣 pic.twitter.com/lQWnU4G4Sw